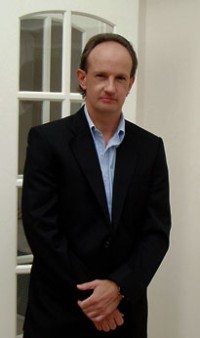 Savage Highway is about lawlessness and revenge, the breakdown of justice and
disorder within the human psyche. Where does it sit in the crime fiction canon? Somewhere between James Lee Burke and Elmore Leonard. It is also about the frontier and its endurance within the American psyche. In a series of posts about the novel and writing generally I will look at what Savage Highway is about, and the present publishing landscape.

Analysing sales trends is a tricky business. Predicting them is almost impossible. But
when thinking of what type of crime novel sells, be it the cosy or the more violent novel, there are a few clear issues that emerge. Are readers looking for reassurances that traditional narratives offer, or is violence the allure?

One model of analysis that is illuminating is the Nietzschean dialogue between
Dionysian and Apollonian energies [1]. If Apollo represents law and Dionysus chaos, then crime fiction is built on a fundamental friction between the two. And proportionally, the largest part of any crime novel is the narrative showing the seductive uprising of forces that threaten to destroy society. There may be a certain voyeurism at play here, as the reader is allowed to witness things he would not ordinarily see, as he is given a peek into lives that are as exciting as they are flawed. But ultimately the narrative thrust is towards the vindication of law.

That is one thing that is a recurrent feature: most crime fiction is redemptive. The plot and story are often driven by criminal subversions and focus on the damage done to peoples’ lives by criminals, while the protagonist, often a detective, struggles to catch the culprit, but in the end order is restored and justice served, often lawlessly where revenge is part of the plot. Justice is a prevailing theme, but it is one that is interpreted in many ways. The police
procedural traditionally relies on the investigation and the judicial system to restore order, while other novels mete out poetic justice to the wrong doers. These are some of the shared themes of crime novels, but the approaches are all different.

Agatha Christie wrote addictive cosies that centre on a period of English history when class dominated social interactions. Her core strengths are her plotting and protagonists. Poirot remains an undeniable force among detectives. Christie’s novels are addictive because she uses a familiar pattern when she constructs a plot, and the reader knows that while everyone may come under suspicion, by the end all questions will be answered and life will
return to normal. And this is the main reason why I believe she sells. She tips a microcosm on its head, we see the small village torn apart by doubt and fear, then she puts it all back together again. Her reassurances are based on the innate sense her fictions contain that social order will prevail. And the backdrop to the events is the unshakeable class system that remains a constant.

By contrast, a writer like Thomas Harris straddles the line between crime and horror. The creation of a new monster is always popular, since the fear factor is a driving force in a good page turner. Hannibal Lecter is perhaps the last great monster to have been written, and he is chilling precisely because he appears so normal. His derangement involves no loss of control, he is a manic with no social signs of mania. His ability to reason his impulses and to
analyse the pathology of others places him firmly on the rational side of pathological, and as such he epitomises the dialogue between criminality and normality that informs many great crime fictions. His appeal is violent and permissive. He embodies the Dionysian in crime fiction.

I think Harris gives a good insight into the mind of a psychopath in The Silence of the Lambs, and that is one reason his novels have sold so well. Readers want to be entertained, but I believe they also want to understand something about a subject that they feel is closed from them. If a writer shows the reader a glimpse into the world of say, the Colombian drug cartels, and gives a realistic portrait of that he has engaged the reader’s interest. That sense of realism is key.

When you read an Elmore Leonard novel his criminals feel real. Part of that is due to his brilliant dialogue. Leonard writes superb fast paced novels that are dialogue driven. He attributes this style to the influence of George V. Higgins and his seminal novel The Friends Of Eddy Coyle. Higgins showed you can structure a novel almost entirely out of dialogue and reading The Friends at times feels like listening in on a group of criminals talking. Leonard’s crims are street smart, dumb, flawed and you know they are going to mess it up. Therein lies the reassurance, these guys are not going to get away with it.

Violence may sell a novel, certainly, especially if it is part of a revenge plot, but not on its own. A writer whose novels contain a good degree of violence is James Lee Burke. Burke has written some of the greatest crime novels today. His characters have depth and his two detectives, Dave Robicheaux and Clete Purcel, balance law and lawlessness well, with Robicheaux the voice of order when Purcel may want to take the law into his own hands. And this is their appeal: the criminals commit atrocities that make the reader want to see them punished and when the law fails to do so there is satisfaction in what is meted out by Burke’s protagonists. They act as a narrative focal point, taking the reader into the world of crime in order to stop the criminals.

While the cosy may lack the violence of many crime novels, it shares with them the narrative drive towards resolution of the things that threaten order. Ultimately, that is the appeal of a good crime novel: the reader is allowed a safe trip inside crime, one which he may learn from, and be entertained by. But at the end order is expected to be restored, unless you have to wait for the sequel and then surely you are selling. The reader has had the thrill of watching crime at work and ended with the pleasure of seeing it dealt with.

[1] Nietzsche, The Birth Of Tragedy.

Due to Sullivan’s extensive writing about Ted Bundy (which has produced six books), he’s become a sort of magnet over the years, drawing out many people who were part of the Bundy story, but have otherwise kept a low profile over the decades; and … END_OF_DOCUMENT_TOKEN_TO_BE_REPLACED

Volume One The Early Years In 1944 Brooklyn, newborn Michael J. Hardy is rejected by his mother so she can run with gangster Bugsy Siegel, Hardy’s godfather. Shirley Rook rose to the top of the criminal ranks. As the Queen of New York City … END_OF_DOCUMENT_TOKEN_TO_BE_REPLACED

This is the true story of Carmine Imbriale – a gambler, a brawler, a bandit, a bookie, an enforcer. For two decades, Imbriale was a street-level operative in one of the most violent crews in the Colombo Family, and he endeared himself to some of the … END_OF_DOCUMENT_TOKEN_TO_BE_REPLACED

Ten must track down and stop rogue scientists behind the development of criminal technology in THE HUMANZEEE EXPERIMENTS, the next installment of The 'Ten' Mystery Series! The International Security for Technological Innovations, a federal … END_OF_DOCUMENT_TOKEN_TO_BE_REPLACED

It was a dreary winter afternoon in Ayer, Massachusetts, a quintessential New England town, the type which is romanticized in Robert Frost's poems. But on January 30, 1979, a woman’s scream was heard piercing the northeast tempest wind. In an … END_OF_DOCUMENT_TOKEN_TO_BE_REPLACED