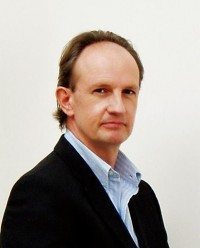 An author frequently gets asked how did you come to write this book? In a way this post tackles that but in the wider context. This forms part of a series of posts about Savage Highway. I wrote Savage Highway because I wanted to explore lawlessness and injustice, but also for the reasons I discuss here.

Historically debates about art and its cultural significance are thematically cloned by context. They often serve as mouthpieces for politics or trend.

Friedrich Nietzsche posited the theory that it stems from a basis tension between the old Greek gods Apollo and Dionysus, Apollo representing law and Dionysus chaos. In his first seminal work ‘The Birth of Tragedy’ he wrote:

‘…we have considered the Apollonian and its opposite, the Dionysian, as artistic energies which burst forth from nature herself …first in the world of dreams, whose completeness is not dependent upon the intellectual attitude or the artistic culture of any single being; and then as intoxicated reality…’.

This idea of intoxicated reality runs like an undercurrent through many artists’ theories of creativity. Rimbaud used it for his poetry. Keats wrote of imagination that it was Like Adam’s dream ‘he awoke and found it true’.

I believe that it is hard to create political art. Orwell was arguably the greatest political novelist not least because of his prescience. If you look at the art encouraged by totalitarian regimes you can see a clear illustration of the conflict. Those regimes do not want art. Hitler had no understanding of it, nor the hideously avuncular Joseph Stalin, both sought propaganda machines. The eternal narcissism of authoritarianism is challenged by the self-puncturing of real literature.

During the 1960’s and 1970’s in the US a number of works were performed which transgressed the traditional boundaries of Western genre in the arts.

Jim Morrison urged his fans to ‘ride the snake’. Morrison also spoke of his reading in ‘The Birth of Tragedy’ of the primal Dionysian art as the spirit of music. Morrison moved his performances towards shamanistic theatre. Interestingly Mircea Eliade, author of Shamanism: Archaic Techniques of Ecstasy writes of shamans:

‘they express on the one hand the diametrical opposition of two divine figures sprung from one and the same principle and destined, in many versions, to be reconciled at some illud tempus of eschatology, and on the other, the coincidentia oppositorum in the very nature of the divinity, which shows itself, by turns or even simultaneously, benevolent and terrible, creative and destructive, solar and serpentine.’

Morrison’s ‘The Lizard’ took nearly half an hour to perform in concert and is an act of descent. We’re into the underworld and back to the same divide.

Aristotle based much of his philosophy around a basic opposition and Alfred Korzybski, the Polish semanticist argues in ‘Science and Sanity’ that mental pathology within Western cultures stems from a basic confusion of signifier with signified, in other words thinking that a table is identified with the verbal label we attribute to it. He used to thump the table in his lectures and say ‘this is not a table’. He also saw the basic either/or basis for Western thinking as its primary flaw.

Hegel moved it on in ‘Phenomenology of Sprit’ where he sought a unity stemming from the synthesis resulting from the uniting of his thesis and antithesis, although his may be a variation on the Christian trinity.

Like John Cage, Morrison was drawn to the Lord of Misrule’s carnival. David Bowie said, ‘I know one day a big artist is going to get killed on stage.’

Alice Cooper enacted much of the Dionysian on stage, throwing live chickens into the audience, axing dolls to death.

The acid trip, under the influence of Timothy Leary became a religious experience a sign for the Trips Festival read: ‘ANYBODY WHO KNOWS HE IS A GOD GO UP ON STAGE.’ There is a strong sexual element to this, as Euripides’s play ‘The Bacchae’ illustrates, Bacchus being the Roman version of the Greek God. When Dionysus sheds Eros
his energy turns negative. He becomes the Devil, as Norman O. Brown shows in ‘Life Against Death’ as the form of excrement, waste and ‘filthy lucre’.

Then something happened at Altamont. After Santana opened a freaked out kid tried to get on stage. The Rolling Stones had hired Hell’s Angels as body guards, they dived into the crowd with five-foot pool cues. While the Rolling Stones waited for darkness the Hell’s Angels taunted the crowd with contempt. Then they parodied the rituals of religious cults. Sol Stern, a former Ramparts magazine editor, wrote: ‘One of them, wearing a wolf’s head, took
the microphone and played the flute for us – a screeching, terrible performance; no one dared to protest or shut off the microphone.’

Why? Why didn’t they protest? Because they were caught up in group psychology. Why do leaders use it? It’s good for business.

The Mediterranean wolf cults and the flute music of Dionysus, the wild music of the joujouka – the vestigial music of the God which had entranced Brian Jones, Bryan Gysin, William Burroughs, Paul Bowles and Ornette Coleman – had come to this, a preparation for a star.

Into the darkness of Altamont, through the protective circle of the Angels on the blood-spattered stage, came the Stones, led by Mick Jagger in a black and orange cape and tall hat. They played well but their music spoke out the interface between savagery and erotics, between the controls of art and the controls of magic, between Apollo and Dionysus. Jagger began ‘Sympathy for the Devil’ – ‘They call me Lucifer and I’m in need of some restraint’. The earlier Angels’ attacks now climaxed. In the spotlights, when Jagger went on singing this number, they stabbed to death a black youth from Berkeley named Meredith Hunter. Panic-stricken Jagger tried to cool the screaming people, but the death ritual operated as part of his own performance.

The antithesis maybe at the root of art and sexuality. Cultures create their own paradigms.

I examine these themes in my novels www.richardgodwin.net

A little before midnight on May 30, 1997, fourteen-year-old Brandy DuVall waited at a bus stop in the Denver area for a ride back to her grandparents' … END_OF_DOCUMENT_TOKEN_TO_BE_REPLACED

What do Wyatt Earp, Belle Gunness, Big Foot the Renegade, Billy the Kid, and Dr. H.H. Holmes, and The Black Hand have in common? They were all … END_OF_DOCUMENT_TOKEN_TO_BE_REPLACED

As the adopted son of two cult leaders, Benjamin Risha was raised to someday assume a place of leadership in the Tony and Susan Alamo Christian … END_OF_DOCUMENT_TOKEN_TO_BE_REPLACED

HE WAS THEIR DEADLIEST KILLER The late Roth Tiberius Cain, legendary CIA hit man, is gone, but not forgotten. A top-secret project code-named Genocide One has given him a chance to live again, and enough firepower to kill multitudes – and survive … END_OF_DOCUMENT_TOKEN_TO_BE_REPLACED

“Ferak chronicles the long and sordid history of the Manitowoc County Sheriff’s department and the reason Sweaty’s license was suspended. Framing Avery was just par for the course." -- Kathleen Zellner In 2016-17, while working for the USA TODAY … END_OF_DOCUMENT_TOKEN_TO_BE_REPLACED

In 1976, a serial rapist terrorized Sacramento County in California. The masked predator made his way into the homes of his unsuspecting victims, leaving a trail of devastation and destruction behind him. He moved on to other areas in Northern … END_OF_DOCUMENT_TOKEN_TO_BE_REPLACED

Joe Mac was a legendary homicide detective until his vision was lost in the line of duty and he was forced into retirement. Now he lives a life of darkness, his only friend being a huge Raven that Joe Mac names “Poe.” But when Joe Mac’s grandson … END_OF_DOCUMENT_TOKEN_TO_BE_REPLACED

A 2018 International Book Award Finalist!  “THE CRATE is an important and impressive piece of work. I’m glad it was written, and I’m glad I read it.” -- Lee Child, #1 New York Times bestselling author of the Jack Reacher Series After surviving the … END_OF_DOCUMENT_TOKEN_TO_BE_REPLACED

On a fall evening in Corvallis, Oregon in 1967, seventeen year old Dick Kitchel, a senior at the high school, disappeared after attending a party at the home of a couple in their twenties who often hosted gatherings and provided beer to a younger … END_OF_DOCUMENT_TOKEN_TO_BE_REPLACED

Before abuse hot lines and safe houses were widespread, June Briand shot four bullets into her husband’s head and was sentenced to fifteen years to life. This is the shocking true story of survival—and the intense bond June shared with her … END_OF_DOCUMENT_TOKEN_TO_BE_REPLACED

A 2018 International Book Award Finalist! If your big brother was killed by murderers who thoughtlessly tossed his remains, would you spend a fortune and 30 years to stalk those responsible and bring them to justice? Yeah, you might want to, … END_OF_DOCUMENT_TOKEN_TO_BE_REPLACED

A Killer Is Set Loose To Kill Again When The Prosecution Fails To Stop Him On a clear, brisk night in September of 2000, 33-year-old Della Brown was found sexually assaulted and beaten to death inside a filthy, abandoned shed in seedy part of … END_OF_DOCUMENT_TOKEN_TO_BE_REPLACED

The Captivating "True Story Of The World's Premier Forensic Investigators" at NecroSearch International Updated and Revised! Now Available for the First Time As Kindle eBook, Audible and iTunes Editions! "A fascinating journey into the trenches of … END_OF_DOCUMENT_TOKEN_TO_BE_REPLACED

UNDER A FULL MOON: The Last Lynching in Kansas tells of the tragic abduction and death of an eight-year-old girl at the hands of a repeat offender in 1932. This crime stands apart as the last mob lynching in Kansas. Based on true events, this account … END_OF_DOCUMENT_TOKEN_TO_BE_REPLACED

The World Encyclopedia of Serial Killers is the most comprehensive set of its kind in the history of true crime publishing. Written and compiled by Susan Hall, the four-volume set has more than 1600 entries of male and female serial killers from … END_OF_DOCUMENT_TOKEN_TO_BE_REPLACED

"O'Callaghan is back with a vengeance ..." -- Gregg Olsen, #1 New York Times bestselling author Is there a sociopathic killer on the loose and murdering prostitutes in New York City?  NYPD’s top cop, Homicide Commander Lieutenant John … END_OF_DOCUMENT_TOKEN_TO_BE_REPLACED

A little before midnight on May 30, 1997, fourteen-year-old Brandy DuVall waited at a bus stop in the Denver area for a ride back to her grandparents' home after spending the evening at a friend’s home. She was wearing a bright-red Chicago Bulls … END_OF_DOCUMENT_TOKEN_TO_BE_REPLACED

What do Wyatt Earp, Belle Gunness, Big Foot the Renegade, Billy the Kid, and Dr. H.H. Holmes, and The Black Hand have in common? They were all subjects of true crime newspaper reporting in the 1800s, and now these stories and that of many others … END_OF_DOCUMENT_TOKEN_TO_BE_REPLACED

As the adopted son of two cult leaders, Benjamin Risha was raised to someday assume a place of leadership in the Tony and Susan Alamo Christian Foundation with the Bible, and his parents’ interpretation of it, as his guide. He believed the prophecies … END_OF_DOCUMENT_TOKEN_TO_BE_REPLACED