On an Icelandic Island, an illegal experiment intended to create the perfect biological weapon has transformed a once-innocent creature into the biblical Leviathan that once terrorized the world. Able to shatter steel and granite as easily as it can melt the strongest containment shields, Leviathan escapes from its pen and is loose in a vast underground chamber harboring soldiers and scientists.

The installation cannot allow Leviathan to reach the surface. For if Leviathan reaches the world, it could well be the end of the Earth. They must hold the line, here, and destroy it… even if they must detonate a last-chance nuclear failsafe built into the chamber itself. But, first, they must fight with every weapon at their disposal to discover if the beast can be killed at all.

It is a battle many will not survive.

As soldiers and scientists are vaporized by Leviathan’s hellish flame, or ripped apart by the dragon’s claws and fangs, a lone electrical engineer is forced to join the fight. And in the midst of what might well be the last battle for Mankind, Connor must find a way – any way – to save his family and kill this powerful, bloodthirsty Beast of Legend that has never been killed before.

Before it feasts upon the world.

Sylvester Stallone owns the movie rights to Hunter by James Byron Huggins, and is shown here reading it . … END_OF_DOCUMENT_TOKEN_TO_BE_REPLACED

It's always a good day for free audiobooks! That's right! Free audiobooks! Just a gift from us to you, our readers.   Browse by genre and select the cover to get more information and your free copy! Non-Fiction True Crime Business … END_OF_DOCUMENT_TOKEN_TO_BE_REPLACED

We know how hard 2020 has been. To help you end the year on a better note, we wanted to give you the gift of free audiobooks! Hence, the Holiday 2020 Audiobook Giveaway! You're probably thinking of gifts for others right now, like we always do during … END_OF_DOCUMENT_TOKEN_TO_BE_REPLACED 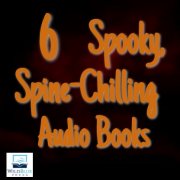 Despite their horrible nature, there's something about scary stories that captures readers. And the scariest stories are usually ones that someone is speaking. Read these audio books for the ultimate spine-tingling, spooky, horrific stories. If … END_OF_DOCUMENT_TOKEN_TO_BE_REPLACED

In an experiment to discover what secrets are hidden within the infinite vastness of the galaxy, scientists create a machine so powerful that it rips a hole through space and time. But instead of revealing the dark world of their own universe the … END_OF_DOCUMENT_TOKEN_TO_BE_REPLACED

On an Icelandic Island, an illegal experiment intended to create the perfect biological weapon has transformed a once-innocent creature into the biblical Leviathan that once terrorized the world. Able to shatter steel and granite as easily as it can … END_OF_DOCUMENT_TOKEN_TO_BE_REPLACED

In 2018, WildBlue Press released 29 new titles! Among those titles, twenty-one were under the true crime genre, four were thrillers, two mysteries, and one business book as well as one fantasy book. From winning awards to being featured on … END_OF_DOCUMENT_TOKEN_TO_BE_REPLACED

HE WAS THEIR DEADLIEST KILLER The late Roth Tiberius Cain, legendary CIA hit man, is gone, but not forgotten. A top-secret project code-named Genocide One has given him a chance to live again, and enough firepower to kill multitudes – and survive to … END_OF_DOCUMENT_TOKEN_TO_BE_REPLACED

Some Cases You Solve. Some Cases You Survive. Naval Criminal Investigative Service Special Agent, Tyrone Benhoff is in purgatory. That’s what agents call it when they find themselves on the wrong side of command and are transferred to a place … END_OF_DOCUMENT_TOKEN_TO_BE_REPLACED

TRIBULATIONS is the anticipated and exciting sequel to HAPPENSTANCE, the SciFi/TechnoThriller novel that introduced Blake Thompson to the world. September 11, 2029. It’s been almost a year since Blake Thompson discovered an alien ship near … END_OF_DOCUMENT_TOKEN_TO_BE_REPLACED

"O'Callaghan is back with a vengeance ..." -- Gregg Olsen, #1 New York Times bestselling author Is there a sociopathic killer on the loose and murdering prostitutes in New York City?  NYPD’s top cop, Homicide Commander Lieutenant John … END_OF_DOCUMENT_TOKEN_TO_BE_REPLACED

Tourism in New York City is under siege.  Visitors to the Big Apple have become targets of vengeful twins hell bent on exacting punishment on total strangers to right the hellacious wrongs perpetrated against them in a hellhole they called … END_OF_DOCUMENT_TOKEN_TO_BE_REPLACED

A sociopathic killer is using the internet to lure seemingly random women to their gruesome deaths in New York City.  During his heinous murderous spree this madman is extracting the bones of his victims.  His sheer brutality has the … END_OF_DOCUMENT_TOKEN_TO_BE_REPLACED

In an experiment to discover what secrets are hidden within the infinite vastness of the galaxy, scientists create a machine so powerful that it rips a hole through space and time. But instead of revealing the dark world of their own universe the … END_OF_DOCUMENT_TOKEN_TO_BE_REPLACED

What would a mad mullah actually do with a weapon of mass destruction? Simple. He would use it.   Derek Martell is in a dead end career, manning a fuel point in Eastern Iraq. It’s a far fall from a life of fortune and glory, but he’s … END_OF_DOCUMENT_TOKEN_TO_BE_REPLACED

In the backcountry of Idaho, a tribe of men are hunting and killing with a dream of returning the world to an earlier time. A time when courage and prowess in the field determined a man’s worth. A time when the strong took what they wanted, and … END_OF_DOCUMENT_TOKEN_TO_BE_REPLACED

Due to Sullivan’s extensive writing about Ted Bundy (which has produced six books), he’s become a sort of magnet over the years, drawing out many people who were part of the Bundy story, but have otherwise kept a low profile over the decades; and … END_OF_DOCUMENT_TOKEN_TO_BE_REPLACED

Volume One The Early Years In 1944 Brooklyn, newborn Michael J. Hardy is rejected by his mother so she can run with gangster Bugsy Siegel, Hardy’s godfather. Shirley Rook rose to the top of the criminal ranks. As the Queen of New York City … END_OF_DOCUMENT_TOKEN_TO_BE_REPLACED

This is the true story of Carmine Imbriale – a gambler, a brawler, a bandit, a bookie, an enforcer. For two decades, Imbriale was a street-level operative in one of the most violent crews in the Colombo Family, and he endeared himself to some of the … END_OF_DOCUMENT_TOKEN_TO_BE_REPLACED

Ten must track down and stop rogue scientists behind the development of criminal technology in THE HUMANZEEE EXPERIMENTS, the next installment of The 'Ten' Mystery Series! The International Security for Technological Innovations, a federal … END_OF_DOCUMENT_TOKEN_TO_BE_REPLACED

It was a dreary winter afternoon in Ayer, Massachusetts, a quintessential New England town, the type which is romanticized in Robert Frost's poems. But on January 30, 1979, a woman’s scream was heard piercing the northeast tempest wind. In an … END_OF_DOCUMENT_TOKEN_TO_BE_REPLACED