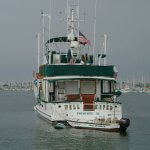 I’m thrilled to announce that I’m working with WildBlue Press once again, this time to release a newly revised and updated version of my book, DEAD RECKONING, one of my most popular books. So much has changed since the book was originally released in 2011 that I barely know where to start. But suffice it to say that this meaty update provides lots of up-to-the-minute new material, including recent photos, many of which can be found on the … END_OF_DOCUMENT_TOKEN_TO_BE_REPLACED 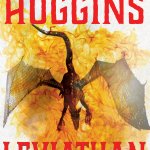 On an Icelandic Island, an illegal experiment intended to create the perfect biological weapon has transformed a once-innocent creature into the biblical Leviathan that once terrorized the world. Able to shatter steel and granite as easily as it can melt the strongest containment shields, Leviathan escapes from its pen and is loose in a vast underground chamber harboring soldiers and scientists. The installation cannot allow Leviathan to reach … END_OF_DOCUMENT_TOKEN_TO_BE_REPLACED 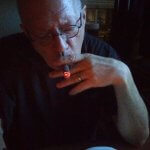 Video Three in a Three Part Series where James Byron Huggins discusses his writing career and his acclaimed thriller THE RECKONING “In a world ruled by the purest survivors, the fiercest warriors, Gage was the strongest – an American executing his country's darkest missions with legendary cunning and skill....” James Byron Huggins was a decorated police detective in Huntsville, Alabama, when he published his first novel, Wolf Story, to … END_OF_DOCUMENT_TOKEN_TO_BE_REPLACED 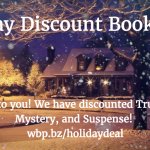 To celebrate the holiday's and thank our loyal readers, WildBlue Press has discounted the following True Crime, Mystery, and Suspense ebooks starting Dec. 26. So warm up those new Kindles (or get the Kindle Reading App for your other devices at wbp.bz/kindlereading) and dig that Amazon Gift Certificate out of your stockings! But hurry this deal won't last long! FAILURE OF JUSTICE by John Ferak From the bestselling author of BODY OF PROOF and … END_OF_DOCUMENT_TOKEN_TO_BE_REPLACED 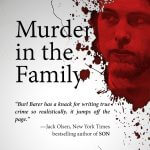 For a limited time, get the updated edition of Burl Barer's bestselling true crime book, MURDER IN THE FAMILY, for only 99cents beginning Sunday, September 25th! But hurry, the price will gradually increase after each day of the countdown. Get your copy here! From the author:  The viscous killer wasn’t some creepy stranger. He was a creepy family member. Kirby D. Anthoney raped and murdered his own aunt and her two little girls in a violent … END_OF_DOCUMENT_TOKEN_TO_BE_REPLACED 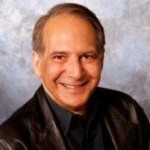 Start 2021 off right by reading more and learning more with free audiobooks! Browse by genre and select the cover to get more information and your free copy! Non-Fiction True Crime Business … END_OF_DOCUMENT_TOKEN_TO_BE_REPLACED

As the adopted son of two cult leaders, Benjamin Risha was raised to someday assume a place of leadership in the Tony and Susan Alamo Christian … END_OF_DOCUMENT_TOKEN_TO_BE_REPLACED

Terrifying things are happening to Kay Weden, a forty-something single mom and high school teacher in Salisbury, North Carolina. Despite having no known enemies, Kay’s home, car, and peace of mind are under attack throughout 1993. Most chilling … END_OF_DOCUMENT_TOKEN_TO_BE_REPLACED

In “The Garden State Parkway Murders,” true crime writer and attorney Christian Barth dives into the harrowing story of the unsolved murders of Elizabeth Perry and Susan Davis. College friends, the two women were brutally knifed to death and their … END_OF_DOCUMENT_TOKEN_TO_BE_REPLACED

Losing a young daughter to murder is the worst nightmare that a mother could possibly imagine, but what if the killer was her son? Charity Lee was thrust into this unimaginable situation when her 13-year-old son Paris murdered her beloved 4-year-old … END_OF_DOCUMENT_TOKEN_TO_BE_REPLACED

On a cold Southern night in 2013 under a full moon, 20-year-old Heather Elvis parked her car at a boat ramp along the Intracoastal Waterway and was never seen again.  The disappearance of the beautiful, vivacious hostess at a … END_OF_DOCUMENT_TOKEN_TO_BE_REPLACED

“Ferak chronicles the long and sordid history of the Manitowoc County Sheriff’s department and the reason Sweaty’s license was suspended. Framing Avery was just par for the course." -- Kathleen Zellner In 2016-17, while working for the USA TODAY … END_OF_DOCUMENT_TOKEN_TO_BE_REPLACED

Joe Mac was a legendary homicide detective until his vision was lost in the line of duty and he was forced into retirement. Now he lives a life of darkness, his only friend being a huge Raven that Joe Mac names “Poe.” But when Joe Mac’s grandson … END_OF_DOCUMENT_TOKEN_TO_BE_REPLACED

Winner of 7 Literary Awards!  “THE CRATE is an important and impressive piece of work. I’m glad it was written, and I’m glad I read it.” -- Lee Child, #1 New York Times bestselling author of the Jack Reacher Series After surviving the horrors … END_OF_DOCUMENT_TOKEN_TO_BE_REPLACED

The True Story Behind The Hit Film 'Casino' From An ‘Enforcer’ Who Lived It The Chicago organized crime family known as the “Outfit” dates back to the reign of the infamous Al Capone and prohibition. As the years passed and prohibition was repealed, … END_OF_DOCUMENT_TOKEN_TO_BE_REPLACED

The Captivating "True Story Of The World's Premier Forensic Investigators" at NecroSearch International Updated and Revised! Now Available for the First Time As Kindle eBook, Audible and iTunes Editions! "A fascinating journey into the trenches of … END_OF_DOCUMENT_TOKEN_TO_BE_REPLACED

In 1976, a killer who called himself ‘The Son of Sam’ shot and killed a half dozen people and wounded as many more in New York City. During his crime spree, the madman left bizarre letters mocking the police and promising more deaths. After months … END_OF_DOCUMENT_TOKEN_TO_BE_REPLACED

It was the midcentury murder that fascinated a nation and kept it glued for two years to radio, television and newspapers through three trials. Did the handsome, wealthy doctor and his beautiful young paramour plan to kill his glamorous socialite … END_OF_DOCUMENT_TOKEN_TO_BE_REPLACED

WHY DO SERIAL KILLERS KILL? OUT OF THE MOUTHS OF SERIAL KILLERS​ is as close as you will ever come to discovering the answer ... and in the killer’s own words! In this one-of-a-kind book, author Mary Brett corresponded with some of America’s … END_OF_DOCUMENT_TOKEN_TO_BE_REPLACED

As the adopted son of two cult leaders, Benjamin Risha was raised to someday assume a place of leadership in the Tony and Susan Alamo Christian Foundation with the Bible, and his parents’ interpretation of it, as his guide. He believed the prophecies … END_OF_DOCUMENT_TOKEN_TO_BE_REPLACED