Steve Jackson, author of the SAVING ANNIE series, has written several true crime books. Several of Steve Jackson’s books have been New York Times bestsellers, including MONSTER, and NO STONE UNTURNED. Some have been national bestsellers on other lists, such as ROUGH TRADE and SMOOTH TALKER. 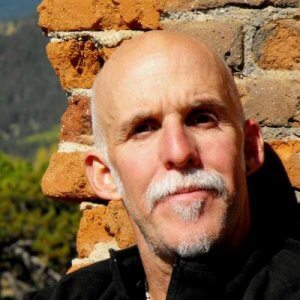 Author of THE CASE OF THE GOLDEN STATE KILLER, Michael Morford, has been featured and interviewed on numerous publications such as the Generation Why Podcast, and Crawlspace: True Crime & Mysteries. 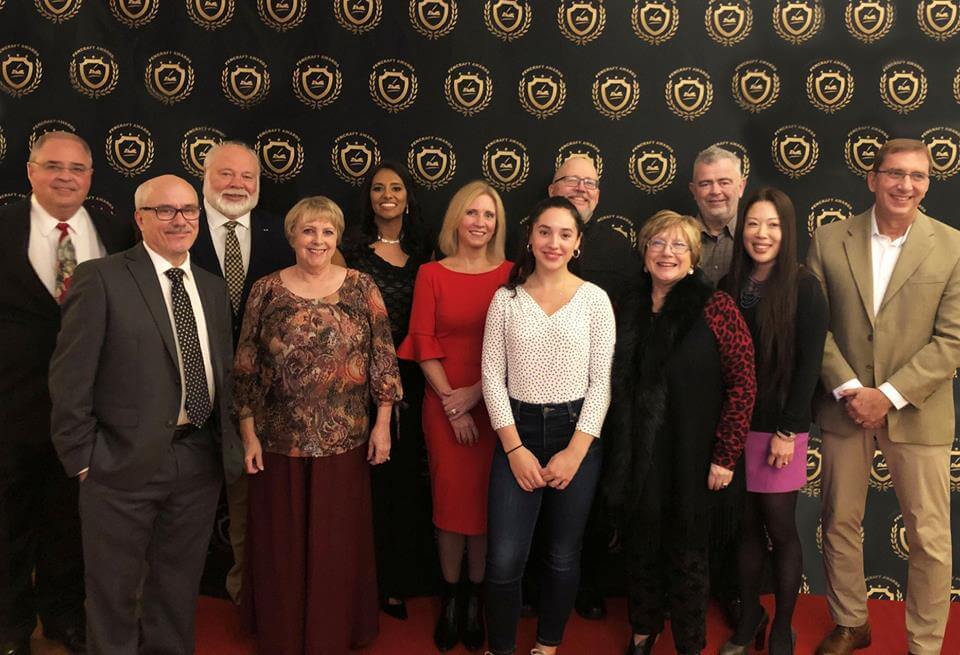 HIS GARDEN by Anne K. Howard was the recipient of the 2018 PenCraft Award for Literary Excellence in the Non-Fiction genre. 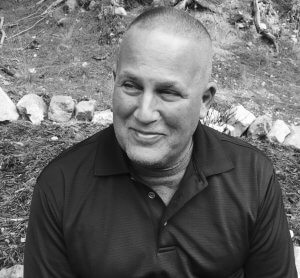 Daniel Zimmerman, author of SHOTS IN THE DARK, has covered high school sports in the Greater Boston area for 18 years. He also spent over two decades in EMS, first manning a front-line ambulance, then working as a 911 dispatcher. 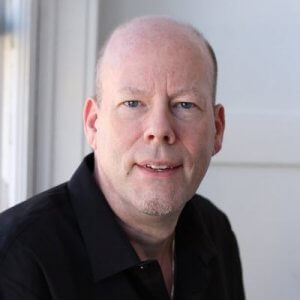 Alan R. Warren, author of THE KILLING GAME, and THE LAST MAN STANDING, had the #1 Ranked True Crime/Conspiracy/History Radio Show in the US with over 750,000 listener’s in 2017. Alan has also written six best-selling true crime books and various articles for True Crime Case Files Magazine and Serial Killer Magazine. Alan was also featured on Imagine Publicity on Air. 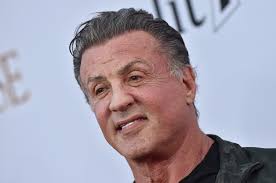 Diane Marger Moore, author of INCONVENIENCE GONE, has published many articles on law, trial practice and procedure and has served as an editor for two law Journals. She was also featured on Dan Zupansky’s True Murder Radio Show. 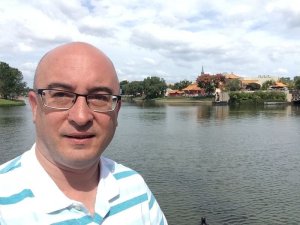 John Ferak, author of WRECKING CREW, has been featured on various websites and multiple publications. He has been featured on The House of Mystery Radio Show, Darkness Radio, Shattered Lives Radio Podcast, True Crime Uncensored at Outlaw Radio. He previously worked with the Wisconsin Investigative Team for USA Today Network and nine years working at the Omaha World-Herald Newspaper.

The Crate: A Story Of War, A Murder, and Justice, by Deborah Levison, was a winner in the 2018 IAN Book of the Year Awards! It was selected as Outstanding First Non-Fiction. Levison was also featured on the Game of Books Blog. 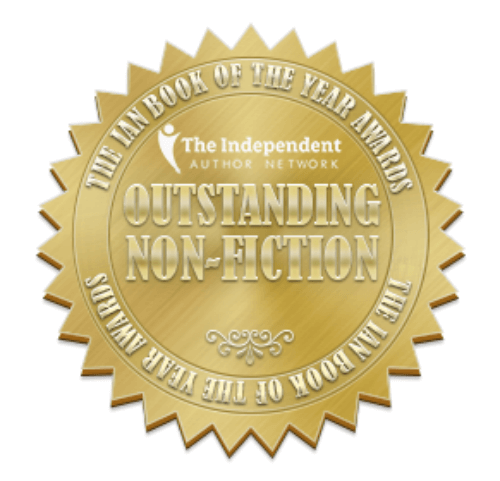 It's always a good day for free audiobooks! That's right! Free audiobooks! Just a gift from us to you, our readers.   Browse by genre and select the cover to get more information and your free copy! Non-Fiction True Crime Business … END_OF_DOCUMENT_TOKEN_TO_BE_REPLACED

Terrifying things are happening to Kay Weden, a forty-something single mom and high school teacher in Salisbury, North Carolina. Despite having no known enemies, Kay’s home, car, and peace of mind are under attack throughout 1993. Most chilling … END_OF_DOCUMENT_TOKEN_TO_BE_REPLACED

In “The Garden State Parkway Murders,” true crime writer and attorney Christian Barth dives into the harrowing story of the unsolved murders of Elizabeth Perry and Susan Davis. College friends, the two women were brutally knifed to death and their … END_OF_DOCUMENT_TOKEN_TO_BE_REPLACED

Losing a young daughter to murder is the worst nightmare that a mother could possibly imagine, but what if the killer was her son? Charity Lee was thrust into this unimaginable situation when her 13-year-old son Paris murdered her beloved 4-year-old … END_OF_DOCUMENT_TOKEN_TO_BE_REPLACED

On a cold Southern night in 2013 under a full moon, 20-year-old Heather Elvis parked her car at a boat ramp along the Intracoastal Waterway and was never seen again.  The disappearance of the beautiful, vivacious hostess at a … END_OF_DOCUMENT_TOKEN_TO_BE_REPLACED

“Ferak chronicles the long and sordid history of the Manitowoc County Sheriff’s department and the reason Sweaty’s license was suspended. Framing Avery was just par for the course." -- Kathleen Zellner In 2016-17, while working for the USA TODAY … END_OF_DOCUMENT_TOKEN_TO_BE_REPLACED

Joe Mac was a legendary homicide detective until his vision was lost in the line of duty and he was forced into retirement. Now he lives a life of darkness, his only friend being a huge Raven that Joe Mac names “Poe.” But when Joe Mac’s grandson … END_OF_DOCUMENT_TOKEN_TO_BE_REPLACED

Winner of 7 Literary Awards!  “THE CRATE is an important and impressive piece of work. I’m glad it was written, and I’m glad I read it.” -- Lee Child, #1 New York Times bestselling author of the Jack Reacher Series After surviving the horrors … END_OF_DOCUMENT_TOKEN_TO_BE_REPLACED

The True Story Behind The Hit Film 'Casino' From An ‘Enforcer’ Who Lived It The Chicago organized crime family known as the “Outfit” dates back to the reign of the infamous Al Capone and prohibition. As the years passed and prohibition was repealed, … END_OF_DOCUMENT_TOKEN_TO_BE_REPLACED

The Captivating "True Story Of The World's Premier Forensic Investigators" at NecroSearch International Updated and Revised! Now Available for the First Time As Kindle eBook, Audible and iTunes Editions! "A fascinating journey into the trenches of … END_OF_DOCUMENT_TOKEN_TO_BE_REPLACED

Born in 1960, Jesus Ruiz Henao grew up poor, but wanted to be rich like the drug dealers he saw growing up in the cocaine-producing region of Colombia’s Valle of the Cauca. To realize his ambition, Ruiz Henao moved to London, United Kingdom, in … END_OF_DOCUMENT_TOKEN_TO_BE_REPLACED

As the adopted son of two cult leaders, Benjamin Risha was raised to someday assume a place of leadership in the Tony and Susan Alamo Christian Foundation with the Bible, and his parents’ interpretation of it, as his guide. He believed the prophecies … END_OF_DOCUMENT_TOKEN_TO_BE_REPLACED

In 1976, a killer who called himself ‘The Son of Sam’ shot and killed a half dozen people and wounded as many more in New York City. During his crime spree, the madman left bizarre letters mocking the police and promising more deaths. After months … END_OF_DOCUMENT_TOKEN_TO_BE_REPLACED

Investigators and Central Florida residents were horrified when 16-year-old vampire cult leader Rod Ferrell was arrested and charged with bludgeoning a cult member's parents. When they realized the slain couple's 15-year-old daughter was missing, … END_OF_DOCUMENT_TOKEN_TO_BE_REPLACED