Millions across the globe have watched ‘Making a Murderer’ on Netflix. It’s the story of Wisconsin’s Steven Avery. He goes to prison in the 1980s. He’s a victim of a wrongful conviction for a brutal rape. Years later, he goes back to prison for murder and people are now debating whether he was victimized by a broken criminal justice in Wisconsin – again.

My new book chronicles the terrible saga of Nebraska’s Beatrice 6. FAILURE OF JUSTICE is the true story of America’s largest mass DNA exoneration in a murder case.

You might be interested to know there are several interesting parallels between ‘Making a Murderer’ and FAILURE OF JUSTICE:

In Manitowoc County, Sheriff Tom Kocourek locked into the mindset that Steven Avery had just committed a vicious daytime rape along Lake Michigan’s shoreline. At the hospital, Manitowoc deputy Judy Dvorak remarked that the victim’s description of her attacker sounded like Steven Avery, whom Dvorak despised.

In Gage County, Sheriff’s Deputy Burt Searcey convinced his boss, Sheriff Jerry DeWitt, to let him take over the Beatrice Police Department’s stalled four-year-old unsolved Helen Wilson murder case. Searcey had a wild hunch that Joseph White and JoAnn Taylor committed the barbaric crime based on two conversations that Searcey had four years earlier with a teenage girl who hated Taylor at the time.

In Manitowoc County, virtually no investigation was done before Sheriff Kocourek ordered a team of sheriff’s deputies to rush out to arrest Steven Avery a matter of hours after the terrible attack along Lake Michigan.

In Gage County,  Deputy Searcey based his Helen Wilson murder investigation primarily upon his hunches from back in 1985, when Searcey was a hog farmer, not as a police officer. That year, Searcey took no notes and did not record any of his statements. He would tell people he spoke with that he was a “private investigator.”

Crucial evidence was seriously flawed in Manitowoc County’s botched rape case against Steven Avery as it was also screwed up in Gage County’s 1989 murder conviction of Joseph White and five others.

In Avery’s mistaken rape conviction, the victim’s description of the height of her attacker, along with the rapist’s eyes, did not match that of Avery.

In Gage County’s Helen Wilson murder case, Deputy Burt Searcey had Joseph White arrested for murder even though White’s blood type did not match the known blood type of the actual rapist-killer.

Here’s some additional coincidences surrounding Steven Avery’s wrongful rape conviction highlighted in Episode 1 of Making a Murderer and the tragic events from Nebraska chronicled in my new book, FAILURE OF JUSTICE:

Making a Murderer’s Steven Avery was born in 1962.

Joseph White, the central criminal defendant in FAILURE OF JUSTICE, was born in 1962. 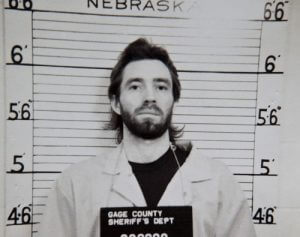 Joseph White once worked in Hollywood as an aspiring nude model. He went by Lone Wolf Bronson while in the pornography industry.

Making a Murderer’s Steven Avery was wrongfully convicted of a brutal rape and attempted murder that happened in 1985.

Joseph White was wrongfully convicted of first-degree murder after a 68-year-old woman was found raped and slain in 1985.

Making a Murderer’s Steven Avery was indigent in 1985. He was represented by a public defender at the time of his wrongful rape conviction.

Joseph White was broke at the time of his arrest. At his 1989 murder trial, he was represented by a pair of Nebraska public defenders. 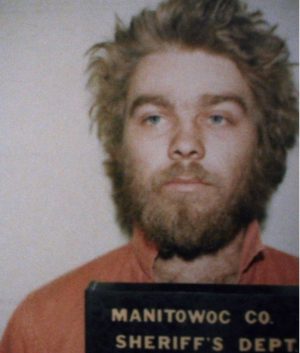 Millions who watched ‘Making a Murderer’ now have a better understanding of Wisconsin’s criminal justice system.

Joseph White, an Alabama native, insisted he was not guilty in the rape-murder of Nebraska’s Helen Wilson. Nonetheless, a jury of Nebraska farmers and farmers’ spouses found White guilty anyway.

MAM’s Avery’s first attempt at getting a new trial, based on DNA evidence, was rejected by Avery’s trial judge. A Wisconsin appeals court affirms the ruling.

Joseph White’s first try at overturning his conviction, based on DNA evidence, is rejected by a judge. The Nebraska Supreme Court later overturns her decision and allows DNA testing to proceed.

MAM’s Avery spends 18 years locked away in Wisconsin’s state prison system before he was finally set free in 2003 thanks to advanced DNA testing.

Joseph White serves slightly longer for his wrongful conviction; he was wrongfully incarcerated from March 1989 until October 2008 in Nebraska – 19 years and seven months. 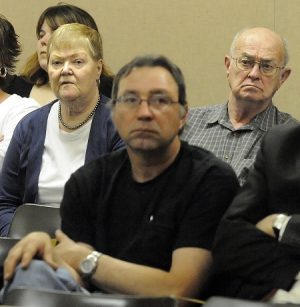 In 2009 Joseph White attends a hearing in the Nebraska capitol. Senators debated a bill to award restitution for White and others who were wrongfully convicted in the Helen Wilson murder. Photo courtesy Lincoln Journal Star

MAM’s Avery was freed thanks to a DNA exoneration.

Joseph White was freed thanks to a DNA exoneration.

In MAM, the real rapist in Avery’s mistaken conviction was ultimately identified but never prosecuted. The criminal statute of limitations had expired.

The rapist-killer in Joseph White’s mistaken murder conviction was also identified but never prosecuted for the Wilson murder. The reasons are spelled out in detail in FAILURE OF JUSTICE.

In MAM, Avery was awarded a grand total of $25,000, Wisconsin’s maximum payment for a wrongful conviction.

Joseph White only received $25,000 out of the $500,000 wrongful conviction payment that Nebraska agreed to pay him.

In MAM, Avery sought $36 million from Manitowoc County for his wrongful rape conviction. Avery’s high-profile civil suit never went to trial. After 35 pretrial depositions, Avery was fingered by the same sheriff’s office he was suing. He became the only suspect in the Oct. 31, 2005 disappearance of free-lance photographer Teresa Halbach. After his arrest for murder, Avery’s lawsuit imploded. His share of the settlement, about $260,000, went to hire Dean Strang and Jerry Buting to mount a vigorous defense. Avery was convicted by a Manitowoc County jury of first-degree murder, nonetheless.

Steven Avery’s vacant trailer as it looks in 2016. Will high-profile lawyer Kathleen Zellner win his exoneration in the murder of Teresa Halbach?

In 2009, White filed a federal civil rights lawsuit against Gage County seeking unspecified monetary damages related to his 1989 wrongful conviction. In 2011, White’s lawsuit was still pending when he died at age 48.

John Ferak is an award-winning investigative journalist with the USA TODAY NETWORK’s Wisconsin Investigative Team based in Appleton, Wisconsin. He is the lead investigative reporter chronicling the Steven Avery murder case, the case featured in the Netflix documentary “Making a Murderer.”
Ferak’s books, DIXIE’S LAST STAND and BODY OF PROOF were true-crime best-sellers for WildBlue Press. His first book, BLOODY LIES: A CSI SCANDAL IN THE HEARTLAND, won a national award.

Listen to Kevin Pierce's Intro to FAILURE OF JUSTICE

Investigative journalist and WildBlue Press author John Ferak has done extensive work on the Steven Avery Case, which has been detailed on the Netflix original "Making a Murderer." Check out John's … END_OF_DOCUMENT_TOKEN_TO_BE_REPLACED

Since embarking on this wrongful conviction book project in January of 2014, A FAILURE OF JUSTICE underwent multiple revisions. One of my early drafts contained a curious older gentleman named Earl. … END_OF_DOCUMENT_TOKEN_TO_BE_REPLACED

A federal civil rights jury in Nebraska has dinged Gage County, Sheriff's Corporal Burt Searcey, deputy/psychologist Wayne Price and the estate of late sheriff Jerry DeWitt to the tune of more than … END_OF_DOCUMENT_TOKEN_TO_BE_REPLACED

Lincoln, Nebraska. That's where the media spotlight returned this past week. A handful of journalists are covering the plight of the Beatrice 6. It's now been eight years since Beatrice, Nebraska, … END_OF_DOCUMENT_TOKEN_TO_BE_REPLACED

Tainted Evidence In The Murder of Jessica O'Grady?   Jessica O’Grady was a tall, starry-eyed co-ed in search of finding her Mr. Right. Christopher Edwards was a 19-year-old deceitful and

Maybe the youngest son of a violent criminal named Hoggy Thompson was born a beast. Maybe rage was beaten into him. One thing was certain, by the time he reached manhood, Jerry Thompson was a savage killer. He had no conscience about rape, child … END_OF_DOCUMENT_TOKEN_TO_BE_REPLACED

Marty Croft has it all. A beautiful wife, and a successful career as a commercial artist. That is until his past comes back to haunt him. Enter Gordon Shamus, the psychotic son of Marty’s former gangster boss. After Marty’s wife is kidnapped, he … END_OF_DOCUMENT_TOKEN_TO_BE_REPLACED

In “The Garden State Parkway Murders,” true crime writer and attorney Christian Barth dives into the harrowing story of the unsolved murders of Elizabeth Perry and Susan Davis. College friends, the two women were brutally knifed to death and their … END_OF_DOCUMENT_TOKEN_TO_BE_REPLACED

Losing a young daughter to murder is the worst nightmare that a mother could possibly imagine, but what if the killer was her son? Charity Lee was thrust into this unimaginable situation when her 13-year-old son Paris murdered her beloved 4-year-old … END_OF_DOCUMENT_TOKEN_TO_BE_REPLACED

Having abstained from killing for almost a year, the Highwayman is coming unglued. Unsure if the FBI is watching, Lance Belanger spends his days and nights in a paranoid malaise, longing to kill again. Meanwhile, in Bucharest, Romania, an … END_OF_DOCUMENT_TOKEN_TO_BE_REPLACED