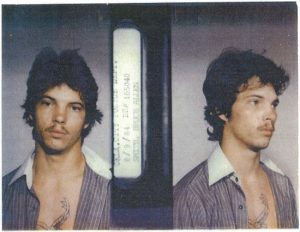 If the Beatrice 6 were innocent all along, is this the face of Helen Wilson’s murderer?

It might be Alabama or Alaska, Tennessee or Texas, Michigan or Minnesota. The name of state doesn’t really matter.

Most wrongful conviction cases have a similar theme – Person A gets arrested for a shockingly heinous killing. He’s vilified in the media. The victim’s family hates him. The judge throws the book at him. The convicted killer goes off to prison. The media coverage stops.

Ten years pass, maybe a lot longer. Then, like a piano that plunges from the sky and comes crashing through the roof of your house, that long-ago solved murder case as we once knew it gets flipped upside down.

It’s a terribly confusing ordeal for everyone involved.

We’re now told Person A isn’t a guilty killer after all. Why, he’s innocent – always has been. Huh?

We’re befuddled, dazed and confused. There’s real conflict now. Who’s the real killer and why didn’t we know this long before?

Almost always, there’s a real struggle to come to grips with a wrongful conviction.

And that’s definitely true in my new book FAILURE OF JUSTICE. That struggle has consumed several members of Helen Wilson’s family and also many of the people around their community of Beatrice, pop. 13,000, where the brutal crime occurred on Feb. 6, 1985.

OK, so if the so-called Beatrice 6 didn’t harm Helen Wilson, then who did? 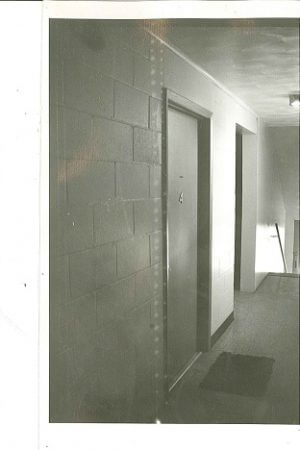 Who broke into Helen Wilson’s second floor apartment, raped her and left her dead during the night of Feb. 5-6, 1985?

Here’s a teaser of sorts for those you wanting a better understanding of the myriad of potential suspects who may have committed the late night ambush that claimed the life of a elderly widow:

Randy Emory, a Beatrice man who bounced between Nebraska and a Missouri. On the night of the crime, Emery had been out with a couple of male friends and then crashed at his apartment. Emery insisted to the police that he was not responsible for the savage attack upon Helen Wilson.

Anthony Flowers had been in and out of prison for a burglary. At the time of Wilson’s murder, Flowers happened to be a free man and living right in Beatrice, the same community where Wilson was murdered.

Clifford Shelden, a deeply troubled individual who was a regular source of police response calls. Shelden maintained he was hospitalized on the night of Helen Wilson’s attack due to a venereal disease. Was this really the case or merely the perfect excuse to avoid scrutiny from the Beatrice Police Department?

Bruce Smith, a native of Beatrice who had a chaotic upbringing and later a placement at a youth detention facility in a far away Nebraska city. Smith eventually landed in Oklahoma City, but on occasion, he rode the bus back to his hometown to see old friends and family. Could he be the culprit? If so, why would Smith rape a woman old enough to be his grandmother?

If you still don’t know who killed Helen Wilson, that’s OK. That will be revealed in due time as you read FAILURE OF JUSTICE.

It's always a good day for free audiobooks! That's right! Free audiobooks! Just a gift from us to you, our readers.   Browse by genre and select the cover to get more information and your … END_OF_DOCUMENT_TOKEN_TO_BE_REPLACED

We know how hard 2020 has been. To help you end the year on a better note, we wanted to give you the gift of free audiobooks! Hence, the Holiday 2020 Audiobook Giveaway! You're probably thinking of … END_OF_DOCUMENT_TOKEN_TO_BE_REPLACED

Investigative journalist and WildBlue Press author John Ferak has done extensive work on the Steven Avery Case, which has been detailed on the Netflix original "Making a Murderer." Check out John's … END_OF_DOCUMENT_TOKEN_TO_BE_REPLACED

Since embarking on this wrongful conviction book project in January of 2014, A FAILURE OF JUSTICE underwent multiple revisions. One of my early drafts contained a curious older gentleman named Earl. … END_OF_DOCUMENT_TOKEN_TO_BE_REPLACED

Due to Sullivan’s extensive writing about Ted Bundy (which has produced six books), he’s become a sort of magnet over the years, drawing out many people who were part of the Bundy story, but have otherwise kept a low profile over the decades; and … END_OF_DOCUMENT_TOKEN_TO_BE_REPLACED

Volume One The Early Years In 1944 Brooklyn, newborn Michael J. Hardy is rejected by his mother so she can run with gangster Bugsy Siegel, Hardy’s godfather. Shirley Rook rose to the top of the criminal ranks. As the Queen of New York City … END_OF_DOCUMENT_TOKEN_TO_BE_REPLACED

This is the true story of Carmine Imbriale – a gambler, a brawler, a bandit, a bookie, an enforcer. For two decades, Imbriale was a street-level operative in one of the most violent crews in the Colombo Family, and he endeared himself to some of the … END_OF_DOCUMENT_TOKEN_TO_BE_REPLACED

Ten must track down and stop rogue scientists behind the development of criminal technology in THE HUMANZEEE EXPERIMENTS, the next installment of The 'Ten' Mystery Series! The International Security for Technological Innovations, a federal … END_OF_DOCUMENT_TOKEN_TO_BE_REPLACED

It was a dreary winter afternoon in Ayer, Massachusetts, a quintessential New England town, the type which is romanticized in Robert Frost's poems. But on January 30, 1979, a woman’s scream was heard piercing the northeast tempest wind. In an … END_OF_DOCUMENT_TOKEN_TO_BE_REPLACED