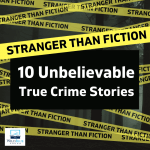 Big Bird finding a dead woman in his house; a cannibal police officer; a horse suspected of murder; a mysterious crate with horrifying contents; a teenager who murdered his baby sister; one criminal's shocking motive for killing three people; a lady feeding dead men to hogs; an international assassination suspect is murdered in North Carolina for a completely unrelated reason; a family search that ended in harrassment, stalking, and death … END_OF_DOCUMENT_TOKEN_TO_BE_REPLACED 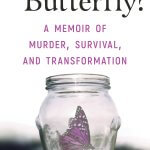 Losing a young daughter to murder is the worst nightmare that a mother could possibly imagine, but what if the killer was her son? Charity Lee was thrust into this unimaginable situation when her 13-year-old son Paris murdered her beloved 4-year-old daughter, Ella. Charity goes through intense grief at the loss of her daughter, while at the same time trying to understand why her son would have done something as horrific as this, and how she … END_OF_DOCUMENT_TOKEN_TO_BE_REPLACED 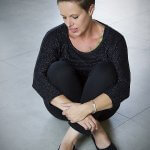 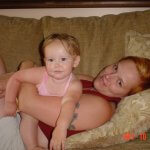 Writing this book was an experience that was gut-wrenching, humbling, and ultimately rewarding. It also reminded me of many things, some I didn’t want to be reminded of. One day years ago, as I stood on my back deck, in the sunshine, watching my dog play with the cats in the grass, I had an epiphany. They are common in my life but, contrary to popular belief, epiphanies don’t always bring a peaceful understanding of an issue. Sometimes they … END_OF_DOCUMENT_TOKEN_TO_BE_REPLACED

We know how hard 2020 has been. To help you end the year on a better note, we wanted to give you the gift of free audiobooks! Hence, the Holiday 2020 Audiobook Giveaway! You're probably thinking of gifts for others right now, like we always do during … END_OF_DOCUMENT_TOKEN_TO_BE_REPLACED

It was the midcentury murder that fascinated a nation and kept it glued for two years to radio, television and newspapers through three trials. Did … END_OF_DOCUMENT_TOKEN_TO_BE_REPLACED

As the adopted son of two cult leaders, Benjamin Risha was raised to someday assume a place of leadership in the Tony and Susan Alamo Christian … END_OF_DOCUMENT_TOKEN_TO_BE_REPLACED

Terrifying things are happening to Kay Weden, a forty-something single mom and high school teacher in Salisbury, North Carolina. Despite having no known enemies, Kay’s home, car, and peace of mind are under attack throughout 1993. Most chilling … END_OF_DOCUMENT_TOKEN_TO_BE_REPLACED

In “The Garden State Parkway Murders,” true crime writer and attorney Christian Barth dives into the harrowing story of the unsolved murders of Elizabeth Perry and Susan Davis. College friends, the two women were brutally knifed to death and their … END_OF_DOCUMENT_TOKEN_TO_BE_REPLACED

Losing a young daughter to murder is the worst nightmare that a mother could possibly imagine, but what if the killer was her son? Charity Lee was thrust into this unimaginable situation when her 13-year-old son Paris murdered her beloved 4-year-old … END_OF_DOCUMENT_TOKEN_TO_BE_REPLACED

On a cold Southern night in 2013 under a full moon, 20-year-old Heather Elvis parked her car at a boat ramp along the Intracoastal Waterway and was never seen again.  The disappearance of the beautiful, vivacious hostess at a … END_OF_DOCUMENT_TOKEN_TO_BE_REPLACED

“Ferak chronicles the long and sordid history of the Manitowoc County Sheriff’s department and the reason Sweaty’s license was suspended. Framing Avery was just par for the course." -- Kathleen Zellner In 2016-17, while working for the USA TODAY … END_OF_DOCUMENT_TOKEN_TO_BE_REPLACED

Joe Mac was a legendary homicide detective until his vision was lost in the line of duty and he was forced into retirement. Now he lives a life of darkness, his only friend being a huge Raven that Joe Mac names “Poe.” But when Joe Mac’s grandson … END_OF_DOCUMENT_TOKEN_TO_BE_REPLACED

Winner of 7 Literary Awards!  “THE CRATE is an important and impressive piece of work. I’m glad it was written, and I’m glad I read it.” -- Lee Child, #1 New York Times bestselling author of the Jack Reacher Series After surviving the horrors … END_OF_DOCUMENT_TOKEN_TO_BE_REPLACED

The True Story Behind The Hit Film 'Casino' From An ‘Enforcer’ Who Lived It The Chicago organized crime family known as the “Outfit” dates back to the reign of the infamous Al Capone and prohibition. As the years passed and prohibition was repealed, … END_OF_DOCUMENT_TOKEN_TO_BE_REPLACED

The Captivating "True Story Of The World's Premier Forensic Investigators" at NecroSearch International Updated and Revised! Now Available for the First Time As Kindle eBook, Audible and iTunes Editions! "A fascinating journey into the trenches of … END_OF_DOCUMENT_TOKEN_TO_BE_REPLACED

WHY DO SERIAL KILLERS KILL? OUT OF THE MOUTHS OF SERIAL KILLERS​ is as close as you will ever come to discovering the answer ... and in the killer’s own words! In this one-of-a-kind book, author Mary Brett corresponded with some of America’s … END_OF_DOCUMENT_TOKEN_TO_BE_REPLACED

What do Wyatt Earp, Belle Gunness, Big Foot the Renegade, Billy the Kid, and Dr. H.H. Holmes, and The Black Hand have in common? They were all subjects of true crime newspaper reporting in the 1800s, and now these stories and that of many others … END_OF_DOCUMENT_TOKEN_TO_BE_REPLACED

INCLUDES OVER 40 COLOR PHOTOGRAPHS! Frank Cullotta was best known for his exploits as an associate of the Chicago Outfit and his role as Tony Spilotro’s enforcer and street lieutenant in Las Vegas. However, he had another interest besides crime. … END_OF_DOCUMENT_TOKEN_TO_BE_REPLACED

It was the midcentury murder that fascinated a nation and kept it glued for two years to radio, television and newspapers through three trials. Did the handsome, wealthy doctor and his beautiful young paramour plan to kill his glamorous socialite … END_OF_DOCUMENT_TOKEN_TO_BE_REPLACED

As the adopted son of two cult leaders, Benjamin Risha was raised to someday assume a place of leadership in the Tony and Susan Alamo Christian Foundation with the Bible, and his parents’ interpretation of it, as his guide. He believed the prophecies … END_OF_DOCUMENT_TOKEN_TO_BE_REPLACED