Here is something that writers don’t think enough about. 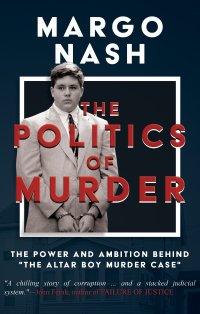 The Politics of Murder is now available! Order your copy today!

If you write a true crime book, the people who were hurt so deeply by the crime are most likely still around. They’ve been trying to put the trauma behind them, sometimes for years and your book will open all the wounds for them again. That’s a heavy burden to bear as the writer. If you are retelling a story that has already been solved, let’s say the Oklahoma Bombing case, it may be easier. The victims of that crime might be bolstered by another book reinforcing their belief that the perpetrator has paid for the pain he has caused them.

However, if you are telling the story of a wrongfully convicted person, you are asking those same terribly injured people to suspend their absolute belief that the person who was convicted of the crime is the person who harmed them or their loved ones. This is a whole different proposition and one that not many victims and their supporters can tolerate. A lot of them have been moving through their lives, sometimes for decades, safe in the knowledge that the right person is in prison. The writer not only re-opens the old painful wounds caused by the loss of their loved one again, but inflicts a new pain:the thought that perpetrator may still be at large.

In my book, The Politics of Murder, I am asking exactly that of those who suffered through the loss of Janet Downing in July of 1995. Believe me, I understand what a horrific proposition I have put before them. I thought long and hard about that during the entire year I was researching and writing this book.

“A chilling story about corruption, political power and a stacked judicial system in Massachusetts.”–John Ferak, bestselling author of FAILURE OF JUSTICE.

What kept me going was my belief that exposing the facts as I unraveled them from the evidence and the testimony in this case, could possibly – just possibly – expose Janet Downing’s real murderer. If Janet Downing was my friend, mother, sister, wife, aunt, daughter, neighbor I would want to know that the investigation into her murder was as thorough as possible and that every conceivable piece of evidence was analyzed before any conclusions were made. I’d want to know that the state did everything in its power to track down all the clues and follow every evidentiary thread until there was absolute certainty about the perpetrator. 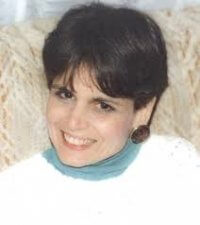 In my opinion Janet Downing didn’t get the thorough investigation that she deserved. In my opinion, the state didn’t really care about who killed Janet Downing, they cared only about getting a conviction and convincing the public and the friends, family and neighbors of Janet Downing that the person they convicted was the perpetrator. The Middlesex District Attorney’s office already had one very public unsolved murder in Somerville when Janet Downing was murdered. The city was up in arms because what seemed like a straightforward case was mired in confusion follow ing her murder.

Unsolved murders are bad for business if you are a district attorney. People don’t vote for you when you can’t solve murders.

Janet Downing’s murder happened just four months after Deanna’s. The pressure to solve this crime was enormous. And the rush to judgment was quick, based on fingerprints identified at the scene belonging to Eddie O’Brien.

Doesn’t Janet deserve at least that much? Doesn’t her family? 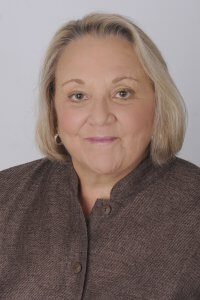 Do I believe that Eddie O’Brien is innocent? I most assuredly do. But more importantly, I believe whoever murdered Janet Downing can still be found. Janet Downing wanted a thorough investigation. The only person who wouldn’t want all these questions answered would be Janet Downing’s real murderer. He’s the only one with something to lose.

THE POLITICS OF MURDER by Margo Nash

Buy THE POLITICS OF MURDER now:

Listen to "KFNX The Politics of Murder: "The Altar Boy Murder Case Margo Nash" on Spreaker.

Brewster Book TV: The Politics of Murder – Margo Nash from Town of Brewster, MA on Vimeo.

It's the holidays again! You're probably searching for and picking out the perfect present for everyone on your list. Consider this your reminder to treat yourself to something nice this holiday season, like free audiobooks with our Holiday Audiobook … END_OF_DOCUMENT_TOKEN_TO_BE_REPLACED

It's always a good day for free audiobooks! That's right! Free audiobooks! Just a gift from us to you, our readers.   Browse by genre and select the cover to get more information and your free copy! Non-Fiction True Crime Business … END_OF_DOCUMENT_TOKEN_TO_BE_REPLACED

We know how hard 2020 has been. To help you end the year on a better note, we wanted to give you the gift of free audiobooks! Hence, the Holiday 2020 Audiobook Giveaway! You're probably thinking of gifts for others right now, like we always do during … END_OF_DOCUMENT_TOKEN_TO_BE_REPLACED

Soon To Be A Documentary Series! My name is Suzanne Buchanan. There is an active arrest warrant for me in Thailand for articles I published on "The Backpacker Murders" as the former owner and editor of the Samui Times. I am a British citizen and had … END_OF_DOCUMENT_TOKEN_TO_BE_REPLACED

Coming January 29th to REELZChannel™! The DEADLY ASSOCIATES documentary! Step into Chicago during the 1960s and ‘70s, where mobsters influence everyone from strip-club owners to Teamsters, aldermen, judges, and local police. It is a world where … END_OF_DOCUMENT_TOKEN_TO_BE_REPLACED

"Lizzette Martinez’s story embodies the fire energy that gives light and life to survivors all around her! Survivors need to see strength and perseverance despite opposition, and Lizzette models just that." - Melissa Schuman, actress and singer In … END_OF_DOCUMENT_TOKEN_TO_BE_REPLACED

Step inside the death chamber and behind the walls of Ohio’s death row. Bill Kimberlin, Psy.D, invites the reader on an extensive and unbiased journey inside Ohio’s death row in WATCH ME DIE: Last Words From Death Row. You will see how these … END_OF_DOCUMENT_TOKEN_TO_BE_REPLACED

"The wheels of justice turn slowly, but grind exceedingly fine." Renee Fehr knew that Gregory Houser killed her sister Sheryl. There was not a single doubt in her mind. Yet for 27 years Houser walked free. But Renee wouldn’t rest … END_OF_DOCUMENT_TOKEN_TO_BE_REPLACED

On the early morning of March 6, 1993, an intense fire broke out in a tiny nursery. Sixteen minutes later, firefighters had extinguished the blaze, only to reveal a room burned so severely, everything was virtually unrecognizable. Then, they were … END_OF_DOCUMENT_TOKEN_TO_BE_REPLACED

During the early morning hours of July 17, 1983, fatigue became a factor for the young couple from central Illinois who spent their day under the hot sun at Marriott’s Great America amusement park north of Chicago. On their drive home, the tired … END_OF_DOCUMENT_TOKEN_TO_BE_REPLACED

From the author of FIRST DEGREE RAGE: The True Story of ‘The Assassin,’ An Obsession, and Murder comes the ongoing and chilling true crime saga of L. C. Underwood, the obsessively jealous police officer from North Carolina. Underwood … END_OF_DOCUMENT_TOKEN_TO_BE_REPLACED

In the late hours of July 22, 1991, Detective Patrick "Pat" Kennedy of the Milwaukee Police Department was asked to respond to a possible homicide. Little did he know that he would soon be delving into the dark mind of one of America's most notorious … END_OF_DOCUMENT_TOKEN_TO_BE_REPLACED

Some Cases You Solve. Some Cases You Survive. Naval Criminal Investigative Service Special Agent, Tyrone Benhoff is in purgatory. That’s what agents call it when they find themselves on the wrong side of command and are transferred to a place … END_OF_DOCUMENT_TOKEN_TO_BE_REPLACED

New from award-winning author Terry Persun! After the murder of his wife and unborn child, the only time freelance tech investigator Ten feels alive is when he cuts himself. For the last few years, he has taken freelance investigative jobs. Some of … END_OF_DOCUMENT_TOKEN_TO_BE_REPLACED

Coming January 29th to REELZChannel™! The DEADLY ASSOCIATES documentary! Step into Chicago during the 1960s and ‘70s, where mobsters influence everyone from strip-club owners to Teamsters, aldermen, judges, and local police. It is a world where … END_OF_DOCUMENT_TOKEN_TO_BE_REPLACED

"Lizzette Martinez’s story embodies the fire energy that gives light and life to survivors all around her! Survivors need to see strength and perseverance despite opposition, and Lizzette models just that." - Melissa Schuman, actress and singer In … END_OF_DOCUMENT_TOKEN_TO_BE_REPLACED

Soon To Be A Documentary Series! My name is Suzanne Buchanan. There is an active arrest warrant for me in Thailand for articles I published on "The Backpacker Murders" as the former owner and editor of the Samui Times. I am a British citizen and had … END_OF_DOCUMENT_TOKEN_TO_BE_REPLACED

In this true crime-flavored novel, Detective William Boyett is called out on Mardi Gras evening in Mobile, Alabama to investigate the discovery of a young woman’s body wrapped in a carpet in a vacant lot a few blocks from the parade route. Over … END_OF_DOCUMENT_TOKEN_TO_BE_REPLACED