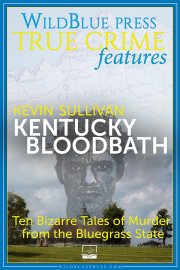 The first person to arrive at the Bauer residence was Officer Jack Kendrick, a nine-year veteran of the Louisville Police Department. As soon as he parked his cruiser in front of the house, he noticed a man walking down the driveway toward him. There were no outside lights turned on, and in the moonlight it appeared that his clothes were wet, as if he’d been splashed with water. But upon closer examination, Kendrick could see that he was covered in blood, and he appeared to be high or intoxicated. Without hesitation, Albert Bauer identified himself and began repeating to Officer Kendrick what he’d told the dispatcher – that his parents had been murdered. This time, however, he became confused as to who had been stabbed and who had been strangled, and it was at this time that Kendrick looked down and noticed the cuts on Bauer’s hands.

As Bauer led the officer to the side door where they entered the house through the kitchen, Kendrick asked if he knew who’d done this, and Bauer said, “No.” Just before stepping inside the home, Kendrick radioed the E.M.S. (Emergency Medical Services) unit, telling them to continue on to this address – code 3 – and that homicide units should be sent as well…Having notified dispatch, Kendrick then drew his weapon and entered a nightmare.

So opens, BLOOD IN THE MOONLIGHT, a chapter from my new book from WildBlue Press, KENTUCKY BLOODBATH; a horrific look at ten strange and bizarre murder tales from the Bluegrass State. If you don’t live in Kentucky, chances are you’ll be unaware of any of these murders, and even those who call the Bluegrass State home, will know very little about these cases. As such, the only folks with a good grasp on the cases are often those who were personally involved in the events. And as a writer, I’m in exactly in the same position per knowledge of the case, until, of course, I delve into myself. And this is what I’d like to share with you today.

The Mechanics of Writing:

No matter what I’m writing about, be it an article, a blog, or a full-length book, the mechanics of the writing process 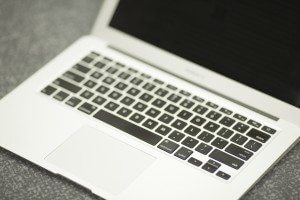 is pretty much the same: First, there’s the gathering (if possible) of the original police files, which is the heart and soul of the case itself. This (or official documents like court transcripts) must always be the epicenter of the story. It’s the proverbial Holy Grail of the story, and the veracity of all other information that comes to you MUST be judged by what one finds within the case files. Can there be occasional ‘mistakes’ in the official record? Yes, absolutely. But these almost always work themselves out either at other locations within the record, or sometime they’re cleared up by other known and documented facts or by the testimony of others familiar with the situation. These “bugs”, if you will, always seem to get worked out.

As you may imagine, if one wants to be really effective at any of this, one must read all reports very carefully. It is wise to make notes, underline, highlight, and separate meaningless reports from the golden ones. It’s also exceedingly important to track down all involved parties and convince them – if possible – to speak with you. And if you “sell” yourself well, more often than not, they’ll open up to you.

If all is done properly (fingers crossed!), then your story or book may actually surpass your original expectations for the project! I remember speaking with a forensic pathologist about the murder of a cheerleader who, after discussing the case with me for a few minutes, asked if I was at the crime scene that night. When I told him no, he seemed more than a little surprised, and said: “Well, you know so much about it, I just assumed you were there.”

“No,” I replied “I just make it a habit of digesting the case files before calling my contacts; otherwise I won’t be able to keep up with them.” And that’s the truth.

In part 2, I’ll be discussing the emotional aspects of writing true crime.

It’s LAUNCH DAY for our latest true crime KENTUCKY BLOODBATH by Kevin Sullivan. Now for just 99 cents on Kindle! But that price won’t last long so get it while it’s hot!

The first ten people who buy the book and email the #Amazon receipt to [email protected], subject line “I Bought Kentucky Bloodbath” will win an eBook copy of any of our other true crime books! https://wildbluepress.com/KBKS

The Encyclopedia of the Ted Bundy Murders lists the names of hundreds of people involved in the case as well as dozens of locations where significant events occurred.  Being the final installment in a five-volume series, this veritable “Who’s Who” of … END_OF_DOCUMENT_TOKEN_TO_BE_REPLACED

Ted Bundy's Murderous Mysteries is a deep-dive into the archival record of the America’s most notorious serial killer. It’s a veritable goldmine of information on Bundy, his victims, and this very voluminous case. Written by the foremost authority … END_OF_DOCUMENT_TOKEN_TO_BE_REPLACED

THE TRAIL OF TED BUNDY: Digging Up the Untold Stories A look into the life of serial killer Ted Bundy, from those who knew him, to those who chased him, and from those who mourned his many victims... The Trail of Ted Bundy: Digging … END_OF_DOCUMENT_TOKEN_TO_BE_REPLACED

WHY DO SERIAL KILLERS KILL? OUT OF THE MOUTHS OF SERIAL KILLERS​ is as close as you will ever come to discovering the answer ... and in the killer’s own words! In this one-of-a-kind book, author Mary Brett corresponded with some of America’s … END_OF_DOCUMENT_TOKEN_TO_BE_REPLACED

What do Wyatt Earp, Belle Gunness, Big Foot the Renegade, Billy the Kid, and Dr. H.H. Holmes, and The Black Hand have in common? They were all subjects of true crime newspaper reporting in the 1800s, and now these stories and that of many others … END_OF_DOCUMENT_TOKEN_TO_BE_REPLACED

INCLUDES OVER 40 COLOR PHOTOGRAPHS! Frank Cullotta was best known for his exploits as an associate of the Chicago Outfit and his role as Tony Spilotro’s enforcer and street lieutenant in Las Vegas. However, he had another interest besides crime. … END_OF_DOCUMENT_TOKEN_TO_BE_REPLACED

It was the midcentury murder that fascinated a nation and kept it glued for two years to radio, television and newspapers through three trials. Did the handsome, wealthy doctor and his beautiful young paramour plan to kill his glamorous socialite … END_OF_DOCUMENT_TOKEN_TO_BE_REPLACED

As the adopted son of two cult leaders, Benjamin Risha was raised to someday assume a place of leadership in the Tony and Susan Alamo Christian Foundation with the Bible, and his parents’ interpretation of it, as his guide. He believed the prophecies … END_OF_DOCUMENT_TOKEN_TO_BE_REPLACED