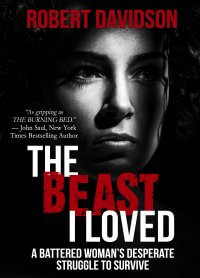 THE BEAST I LOVED is now available from WildBlue Press! Order your copy today!

There are many issues regarding domestic violence, but the one that, to me, is most infuriating, most unfair, and most misunderstood is the most commonly asked question of all: “Why didn’t she just leave?” But that should not be the question. The question should be, “Why do men batter women?” And as a society, “How do we stop it?” That’s what we should be asking.

Why don’t they leave? There are many issues involved, and very complicated ones involving children, jobs, finances, threats, fear, no place to go, no place to hide, no place to be safe and either the perception that there are no alternatives to the situation abused women find themselves in, or indeed the reality that if they try to leave, or in fact do get out of the house somehow without being detected, they will be hunted, found and brutalized like they have never been brutalized before—including losing their life altogether—a disturbingly common occurrence.

Regarding the case I write about in THE BEAST I LOVED involving young mother June Briand, one must remember that back in the mid-1980s when she was being threatened with death for even “thinking about leaving”as her abusive husband often reminded her, there were no 800 numbers flashing across TV screens, no national domestic violence hotline as there is today, and only two safe houses in the entire state of New Hampshire, which June didn’t even know about because she wasn’t allowed to have a phone book in the apartment. It was a different world back then, and just the beginning of the recognition of what is now a clinically recognized condition known as Battered Woman Syndrome.

Early in her marriage, June began falling into this state of BWS—a condition that includes total submission to a dominant, threatening spouse complicated by “learned helplessness,” a psychological state resulting from the domination and “mind control” of the perpetrator. After what the psychologists examining June determined were no less than fifty severe beatings within the first four years of her marriage (it would total over one hundred by the end of it), June was weak and ripe for such conditioning. And to complicate and reinforce this state, she had all the ingredients needed to sink further and further into BWS: complete dependence on her husband; two children to care for; a minimum wage job; no friends; no parents; no family; isolation from the world around her (she had no transportation); no money; poor self-esteem; and above all, the belief that everything that was happening to her was her own fault. If she could just “get it right” like other wives did, everything would be fine. It was one of her husband’s favorite lines: “You can’t seem to get it right.” Or, “If you’d just get it right, I wouldn’t have to do these things to you.”

“Why didn’t she just leave?” I find it most interesting that no one questions why a 10-year-old child doesn’t leave when being sexually or physically abused at home. No one questions that. Women don’t leave relationships for the same reason kids don’t often run away from home: they’re scared; no resources; no place to go; no way to get there; and more than anything else, they need love. All humans do, but especially the young and the vulnerable, and of course, the abused and neglected. They need love and a place to fit in. Many battered women are, in fact, very much like children: they don’t know how to leave; don’t have the confidence or resources; and they are incapacitated by fear and uncertainty—and for good reason: they’re being threatened over and over, day after day, with yet more punishment if they ever attempt to leave. 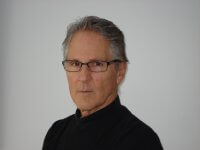 So I urge those who question why women don’t leave to reconsider what they are asking. Consider, first of all, that YOU are not THEM. You can’t possibly know what it is like unless you, too, are suffering from BWS and the debilitating restraints on clear, rational thinking. Women in these situations are anything but rational—they are delusional. What we need to do is recognize this, stop victimizing the victim, and start talking about this pressing issue so we can begin making the necessary changes in our culture to bring about change.

THE BEAST I LOVED by Robert Davidson

Buy THE BEAST I LOVED now:

Soon To Be A Documentary Series! My name is Suzanne Buchanan. There is an active arrest warrant for me in Thailand for articles I published on "The Backpacker Murders" as the former owner and editor of the Samui Times. I am a British citizen and had … END_OF_DOCUMENT_TOKEN_TO_BE_REPLACED

Coming January 29th to REELZChannel™! The DEADLY ASSOCIATES documentary! Step into Chicago during the 1960s and ‘70s, where mobsters influence everyone from strip-club owners to Teamsters, aldermen, judges, and local police. It is a world where … END_OF_DOCUMENT_TOKEN_TO_BE_REPLACED

"Lizzette Martinez’s story embodies the fire energy that gives light and life to survivors all around her! Survivors need to see strength and perseverance despite opposition, and Lizzette models just that." - Melissa Schuman, actress and singer In … END_OF_DOCUMENT_TOKEN_TO_BE_REPLACED

Step inside the death chamber and behind the walls of Ohio’s death row. Bill Kimberlin, Psy.D, invites the reader on an extensive and unbiased journey inside Ohio’s death row in WATCH ME DIE: Last Words From Death Row. You will see how these … END_OF_DOCUMENT_TOKEN_TO_BE_REPLACED

"The wheels of justice turn slowly, but grind exceedingly fine." Renee Fehr knew that Gregory Houser killed her sister Sheryl. There was not a single doubt in her mind. Yet for 27 years Houser walked free. But Renee wouldn’t rest … END_OF_DOCUMENT_TOKEN_TO_BE_REPLACED

On the early morning of March 6, 1993, an intense fire broke out in a tiny nursery. Sixteen minutes later, firefighters had extinguished the blaze, only to reveal a room burned so severely, everything was virtually unrecognizable. Then, they were … END_OF_DOCUMENT_TOKEN_TO_BE_REPLACED

During the early morning hours of July 17, 1983, fatigue became a factor for the young couple from central Illinois who spent their day under the hot sun at Marriott’s Great America amusement park north of Chicago. On their drive home, the tired … END_OF_DOCUMENT_TOKEN_TO_BE_REPLACED

Some Cases You Solve. Some Cases You Survive. Naval Criminal Investigative Service Special Agent, Tyrone Benhoff is in purgatory. That’s what agents call it when they find themselves on the wrong side of command and are transferred to a place … END_OF_DOCUMENT_TOKEN_TO_BE_REPLACED

New from award-winning author Terry Persun! After the murder of his wife and unborn child, the only time freelance tech investigator Ten feels alive is when he cuts himself. For the last few years, he has taken freelance investigative jobs. Some of … END_OF_DOCUMENT_TOKEN_TO_BE_REPLACED

Coming January 29th to REELZChannel™! The DEADLY ASSOCIATES documentary! Step into Chicago during the 1960s and ‘70s, where mobsters influence everyone from strip-club owners to Teamsters, aldermen, judges, and local police. It is a world where … END_OF_DOCUMENT_TOKEN_TO_BE_REPLACED

"Lizzette Martinez’s story embodies the fire energy that gives light and life to survivors all around her! Survivors need to see strength and perseverance despite opposition, and Lizzette models just that." - Melissa Schuman, actress and singer In … END_OF_DOCUMENT_TOKEN_TO_BE_REPLACED

Soon To Be A Documentary Series! My name is Suzanne Buchanan. There is an active arrest warrant for me in Thailand for articles I published on "The Backpacker Murders" as the former owner and editor of the Samui Times. I am a British citizen and had … END_OF_DOCUMENT_TOKEN_TO_BE_REPLACED

In this true crime-flavored novel, Detective William Boyett is called out on Mardi Gras evening in Mobile, Alabama to investigate the discovery of a young woman’s body wrapped in a carpet in a vacant lot a few blocks from the parade route. Over … END_OF_DOCUMENT_TOKEN_TO_BE_REPLACED