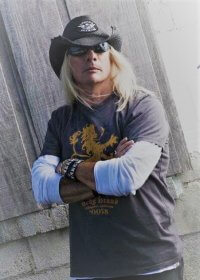 Richard Pierce Jr., 57, a guitarist for the Southern rock band, Rambler, was shot several times in the 400 block of North Andrews Avenue early last Thursday morning. Pierce was approached by Stevens Jean, 29, who shot him several times and then fled before being charged with first-degree murder. Rambler opened for established Southern rock bands like BlackFoot and Molly Hatchet. Their albums have sold approximately 60,000 copies.

Three Other Musicians Who Died In 2017

Gregg Allman of the Allman Brothers Band died in May of this year at the age of 69. Gregg’s brother, Duane, preceded him in death back in 1971, but the band lived on. In 1975, they finally broke up and Gregg began his solo career, only to get back with the band later on. Gregg struggled with alcohol addiction, drug abuse, and health problems throughout the years before dying of complications from liver cancer.

Chris Cornell, the front man for Soundgarden and Audioslave, also died in May died after a concert in Detroit. He was 52. Chris formed Soundgarden in 1984, which became huge in the Seattle grunge alternative rock scene with hits like “Spoonman” and “Black Hole Sun.” The band broke up in 1997, but got back together for a reunion tour in 2010. Chris committed suicide by hanging.

Boston drummer, Sib Hashian, died this year while performing on a rock and roll cruise ship that was sailing to the Bahamas. He was 67. Sib replaced Jim Masdea as Boston’s drummer back in 1975, but was then replaced by Masdea after several years. Sib later sued the band. He died this past March after collapsing in the middle of a set from a heart attack aboard the cruise ship.

If you’d like to read a story about another Palm Beach murder, check out author, Denise Wallace, and her true crime book, Daddy’s Little Secret.

Some Cases You Solve. Some Cases You Survive. Naval Criminal Investigative Service Special Agent, Tyrone Benhoff is in purgatory. That’s what agents call it when they find themselves on the wrong side of command and are transferred to a place … END_OF_DOCUMENT_TOKEN_TO_BE_REPLACED

New from award-winning author Terry Persun! After the murder of his wife and unborn child, the only time freelance tech investigator Ten feels alive is when he cuts himself. For the last few years, he has taken freelance investigative jobs. Some of … END_OF_DOCUMENT_TOKEN_TO_BE_REPLACED

Coming January 29th to REELZChannel™! The DEADLY ASSOCIATES documentary! Step into Chicago during the 1960s and ‘70s, where mobsters influence everyone from strip-club owners to Teamsters, aldermen, judges, and local police. It is a world where … END_OF_DOCUMENT_TOKEN_TO_BE_REPLACED

"Lizzette Martinez’s story embodies the fire energy that gives light and life to survivors all around her! Survivors need to see strength and perseverance despite opposition, and Lizzette models just that." - Melissa Schuman, actress and singer In … END_OF_DOCUMENT_TOKEN_TO_BE_REPLACED

Soon To Be A Documentary Series! My name is Suzanne Buchanan. There is an active arrest warrant for me in Thailand for articles I published on "The Backpacker Murders" as the former owner and editor of the Samui Times. I am a British citizen and had … END_OF_DOCUMENT_TOKEN_TO_BE_REPLACED

In this true crime-flavored novel, Detective William Boyett is called out on Mardi Gras evening in Mobile, Alabama to investigate the discovery of a young woman’s body wrapped in a carpet in a vacant lot a few blocks from the parade route. Over … END_OF_DOCUMENT_TOKEN_TO_BE_REPLACED