Get THE SHAWCROSS LETTERS
eBook 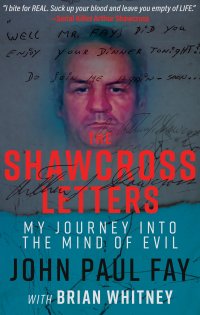 THE SHAWCROSS LETTERS is now available from WildBlue Press! Order your copy today!

After a little more than three days in Hollywood to tape an appearance on the Dr. Phil Show, I’ve returned to Boston. The three days before the show were wrought with the seemingly insurmountable logistics of being chosen to appear, and then dealing with numerous family members signing releases and even uncertainty if they would even participate. So, by the time I was actually sitting with Dr. Phil, it was the least stressful part of the whole thing.

When I arrived at Los Angeles International Airport on Saturday, I was taken on about a forty-minute ride over to the tv studio. I felt a guarded excitement, half expecting to be involved in some kind of Hollywood ritual initiation with an emphasis on human sacrifice — hoping that it wouldn’t be my own. Under the circumstances, I was, after all, out of my element, outnumbered, and certainly outgunned.

However, I was pleasantly surprised that my introduction to being on a television talk show was a few hours of shooting the pre-interview and other introductory footage to be played before my chat with Dr. Phil on Tuesday morning. This included a bit of soul-stripping and some morbidly candid admissions, but that was the point of the book, THE SHAWCROSS LETTERS: My Journey Into The Mind Of Evil, that I co-authored with Brian Whitney. I was very happy with the final edit played on the studio’s larger than life screens when the day of taping with Dr. Phil came. They even had shots of some of my shrunken heads and a mummified head collection that I’d hoped they’d show.

All involved were extremely kind, supremely professional, and definitely accommodating. I’m deeply grateful to everyone from the show as well as key family members. My sister, Jennifer, was on with me after the first segment.

At one point during the first commercial break and after a particularly gruesome admission by me, I was amused to hear Dr. Phil say under his breath, “Jesus Christ.” Several of the studio audience who couldn’t help themselves let out some shocked reactions as well. Keep in mind they are instructed and explicitly admonished to stay quiet during shooting. The rest of the time they seemed to be shocked but fascinated, and silent. And there was not a peep from anyone in the audience as I was walking past them at the end of the interview to exit the stage. Despite myself, as I struggle to develop past it, I still find it fun to scare people senseless sometimes!

It was amazing to me when Arthur Shawcross’s daughter, Maggie, appeared on stage as a surprise guest. Even a family member of a victim appeared via Skype. It overall turned out to be a great dynamic. Everything was generally cordial and conducted civilly.

Dr. Phil was a gentleman and it’s certainly understandable if he seemed a bit stunned or taken aback at times. He was even kind and at least mildly amused when he said that I describe some of the most horrific things as if I was “ordering lunch.” I have to confess, I’m somewhat more sociopathic than I like to admit even to myself. Plus, one can become accustomed to certain horrors after decades of dealing with them, as I most definitely have on my journey to iron out
my particular brand of madness. Of course, the book is about both of our lives—Arthur Shawcross and me—and how they intertwined for better or worse, forever.

As much as I enjoyed my mission to Hollywood, and first time in California, I was genuinely thrilled to be returning home. Even if it would be to a snowstorm! Thankfully, the plane missed the storm by about an hour. 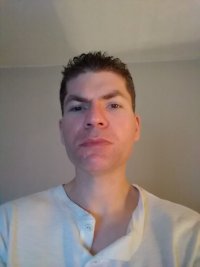 Through synchronicity, I even ran into Maggie Shawcross at the airport before my flight home. We had a wonderful chat and apparently, as she mentioned on the show, Arthur had spoken of me to her on several occasions when she visited her father at the Sullivan Correctional Facility in upstate New York. She hadn’t known that he was her father until she was thirty-one-years-old; she’d been raised by a different man. Needless to say, it was quite an astonishing piece of news when she learned the identity of her real father.

Life seems to get weirder and weirder, but it’s a welcome weirdness. As always, I’m very much at home in the twilight zone.

Note From The Publisher: John Paul Fay’s appearance on the Dr. Phil Show is expected to air in March. Stay tuned and we’ll let you know when as soon as we can. You can find more about THE SHAWCROSS LETTERS at wbp.bz/shawcross

THE SHAWCROSS LETTERS by John Paul Fay and Brian Whitney

Soon To Be A Documentary Series! My name is Suzanne Buchanan. There is an active arrest warrant for me in Thailand for articles I published on "The Backpacker Murders" as the former owner and editor of the Samui Times. I am a British citizen and had … END_OF_DOCUMENT_TOKEN_TO_BE_REPLACED

Coming January 29th to REELZChannel™! The DEADLY ASSOCIATES documentary! Step into Chicago during the 1960s and ‘70s, where mobsters influence everyone from strip-club owners to Teamsters, aldermen, judges, and local police. It is a world where … END_OF_DOCUMENT_TOKEN_TO_BE_REPLACED

"Lizzette Martinez’s story embodies the fire energy that gives light and life to survivors all around her! Survivors need to see strength and perseverance despite opposition, and Lizzette models just that." - Melissa Schuman, actress and singer In … END_OF_DOCUMENT_TOKEN_TO_BE_REPLACED

Step inside the death chamber and behind the walls of Ohio’s death row. Bill Kimberlin, Psy.D, invites the reader on an extensive and unbiased journey inside Ohio’s death row in WATCH ME DIE: Last Words From Death Row. You will see how these … END_OF_DOCUMENT_TOKEN_TO_BE_REPLACED

"The wheels of justice turn slowly, but grind exceedingly fine." Renee Fehr knew that Gregory Houser killed her sister Sheryl. There was not a single doubt in her mind. Yet for 27 years Houser walked free. But Renee wouldn’t rest … END_OF_DOCUMENT_TOKEN_TO_BE_REPLACED

On the early morning of March 6, 1993, an intense fire broke out in a tiny nursery. Sixteen minutes later, firefighters had extinguished the blaze, only to reveal a room burned so severely, everything was virtually unrecognizable. Then, they were … END_OF_DOCUMENT_TOKEN_TO_BE_REPLACED

During the early morning hours of July 17, 1983, fatigue became a factor for the young couple from central Illinois who spent their day under the hot sun at Marriott’s Great America amusement park north of Chicago. On their drive home, the tired … END_OF_DOCUMENT_TOKEN_TO_BE_REPLACED

Some Cases You Solve. Some Cases You Survive. Naval Criminal Investigative Service Special Agent, Tyrone Benhoff is in purgatory. That’s what agents call it when they find themselves on the wrong side of command and are transferred to a place … END_OF_DOCUMENT_TOKEN_TO_BE_REPLACED

New from award-winning author Terry Persun! After the murder of his wife and unborn child, the only time freelance tech investigator Ten feels alive is when he cuts himself. For the last few years, he has taken freelance investigative jobs. Some of … END_OF_DOCUMENT_TOKEN_TO_BE_REPLACED

Coming January 29th to REELZChannel™! The DEADLY ASSOCIATES documentary! Step into Chicago during the 1960s and ‘70s, where mobsters influence everyone from strip-club owners to Teamsters, aldermen, judges, and local police. It is a world where … END_OF_DOCUMENT_TOKEN_TO_BE_REPLACED

"Lizzette Martinez’s story embodies the fire energy that gives light and life to survivors all around her! Survivors need to see strength and perseverance despite opposition, and Lizzette models just that." - Melissa Schuman, actress and singer In … END_OF_DOCUMENT_TOKEN_TO_BE_REPLACED

Soon To Be A Documentary Series! My name is Suzanne Buchanan. There is an active arrest warrant for me in Thailand for articles I published on "The Backpacker Murders" as the former owner and editor of the Samui Times. I am a British citizen and had … END_OF_DOCUMENT_TOKEN_TO_BE_REPLACED

In this true crime-flavored novel, Detective William Boyett is called out on Mardi Gras evening in Mobile, Alabama to investigate the discovery of a young woman’s body wrapped in a carpet in a vacant lot a few blocks from the parade route. Over … END_OF_DOCUMENT_TOKEN_TO_BE_REPLACED