It was the third week of October in 2003. My first week at the Omaha World-Herald newspaper in Nebraska when a news alert came over the Associated Press wire from neighboring Iowa. A woman in a small-town was put in jail, accused of killing her husband. (More about DIXIE’S LAST STAND: Was It Murder or Self-Defense?)

I grabbed my reporter’s notebook. I hopped into one of the newspaper’s many company cars with Rudy Smith, a long-time and legendary Omaha World-Herald photographer. Rudy had been at the paper for decades. That Wednesday morning, our destination was Defiance, Iowa, the scene of the crime, about an hour’s drive to the east.

During the drive, Rudy and I shared newspaper stories as we traveled along Interstate 80. Rudy rattled off the names of the powerful and mighty politicians and lawyers around Omaha. I mostly listened and asked a few questions. Once we reached our exit, we then drove several more miles. We passed an endless stretch of farms. Eventually, we reached the town of Defiance, a community of about 350. 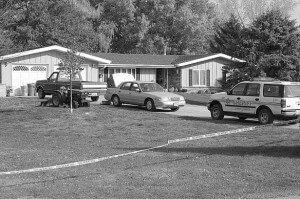 There, we converged upon the house on Third Avenue. The home looked pretty normal. It was not dreary or spooky.

But the house had lots of dark secrets. Hidden secrets that finally burst open earlier that week with the discovery of Scott Shanahan’s body – what was left of it anyway. And Scott Shanahan wasn’t just dead. He had been dead for more than a year. Fourteen months to be precise. And all that while his wife, Dixie, continued to live inside the house. She was nurturing her baby and raising their other two children, ages 7 and 5. Once Scott’s body was found, law enforcement officials arrested Dixie and charged her with murder. 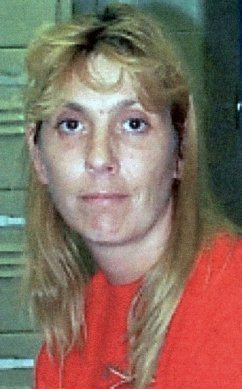 Initially, it seemed as though everybody in the little Iowa town was proud or supportive of Dixie Shanahan. People rooted for her to prevail.

That was [over] 11 years ago. Today, the case and the final disposition still sparks heated conversations in restaurants, bars and on social media. Now it’s time to bring the full case to you, the faithful and loyal readers of true-crime from all across North America. I want you to know the full story, the key facts, the circumstances and the key characters of this small-town tragic story. DIXIE’S LAST STAND: Was it Murder or Self-Defense? may leave you burning with lots of questions about our justice system, about domestic violence, fairness and sentencing laws.

[More than] eleven years ago, when I hopped into that Omaha World-Herald company car with photographer Rudy Smith, I kind of sensed that this shocking murder in a small Iowa town was unusual, bizarre and gruesome like no other. I was right.

During the early morning hours of July 17, 1983, fatigue became a factor for the young couple from central Illinois who spent their day under the hot sun at Marriott’s Great America amusement park north of Chicago. On their drive home, the tired … END_OF_DOCUMENT_TOKEN_TO_BE_REPLACED

“Ferak chronicles the long and sordid history of the Manitowoc County Sheriff’s department and the reason Sweaty’s license was suspended. Framing Avery was just par for the course." -- Kathleen Zellner In 2016-17, while working for the USA TODAY … END_OF_DOCUMENT_TOKEN_TO_BE_REPLACED

'MAKING A MURDERER' TIMES SIX! If the dubious efforts of law enforcement that led to the case behind MAKING A MURDERER made you cringe, your skin will crawl at the injustice portrayed in FAILURE OF JUSTICE: A Brutal Murder, An Obsessed Cop, Six … END_OF_DOCUMENT_TOKEN_TO_BE_REPLACED

Tainted Evidence In The Murder of Jessica O'Grady? Jessica O’Grady was a tall, starry-eyed co-ed in search of finding her Mr. Right. Christopher Edwards was a 19-year-old deceitful and darkened soul. David Kofoed was a veteran crime lab … END_OF_DOCUMENT_TOKEN_TO_BE_REPLACED

A WildBlue Press True Crime By Award-Winning Journalist John Ferak Dixie Shanahan had a terribly troubled and abusive marriage in the sleepy little town of Defiance, Iowa. Then one summer day in 2002, Dixie's mean and wicked husband was gone. Some … END_OF_DOCUMENT_TOKEN_TO_BE_REPLACED

In 2018, WildBlue Press released 29 new titles! Among those titles, twenty-one were under the true crime genre, four were thrillers, two mysteries, … END_OF_DOCUMENT_TOKEN_TO_BE_REPLACED

John Ferak was on Darkness Radio with host Dave Schrader on Tuesday, May 24th, from 10-11pm Central Time. John will be discussed his new true crime … END_OF_DOCUMENT_TOKEN_TO_BE_REPLACED

Some Cases You Solve. Some Cases You Survive. Naval Criminal Investigative Service Special Agent, Tyrone Benhoff is in purgatory. That’s what agents call it when they find themselves on the wrong side of command and are transferred to a place … END_OF_DOCUMENT_TOKEN_TO_BE_REPLACED

New from award-winning author Terry Persun! After the murder of his wife and unborn child, the only time freelance tech investigator Ten feels alive is when he cuts himself. For the last few years, he has taken freelance investigative jobs. Some of … END_OF_DOCUMENT_TOKEN_TO_BE_REPLACED

Coming January 29th to REELZChannel™! The DEADLY ASSOCIATES documentary! Step into Chicago during the 1960s and ‘70s, where mobsters influence everyone from strip-club owners to Teamsters, aldermen, judges, and local police. It is a world where … END_OF_DOCUMENT_TOKEN_TO_BE_REPLACED

"Lizzette Martinez’s story embodies the fire energy that gives light and life to survivors all around her! Survivors need to see strength and perseverance despite opposition, and Lizzette models just that." - Melissa Schuman, actress and singer In … END_OF_DOCUMENT_TOKEN_TO_BE_REPLACED

Soon To Be A Documentary Series! My name is Suzanne Buchanan. There is an active arrest warrant for me in Thailand for articles I published on "The Backpacker Murders" as the former owner and editor of the Samui Times. I am a British citizen … END_OF_DOCUMENT_TOKEN_TO_BE_REPLACED

In this true crime-flavored novel, Detective William Boyett is called out on Mardi Gras evening in Mobile, Alabama to investigate the discovery of a young woman’s body wrapped in a carpet in a vacant lot a few blocks from the parade route. Over … END_OF_DOCUMENT_TOKEN_TO_BE_REPLACED