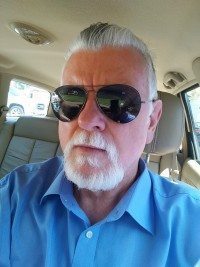 For a limited time, get Cameron Bane’s hit suspense thriller, PITFALL, for free! But hurry, this offer only last from July 10th through July 14th. PITFALL is the story of former Army Ranger John Brenner, a wounded Iraqi war vet and ex-cop. Brenner finds himself face to face with a ruthless killer on a mission that hasn’t gone quite as planned.

“Son.” My voice degenerated to a guttural rasp. “Don’t make me kill you.” I was thinking of Sarah. She really didn’t need to have this added to her experience. I was asking for her sake. “Please.”

“Don’t beg, briar.” His reply didn’t even sound human. “It turns my gut. What’s about to happen, you can’t stop it. Nobody’s that good.”

I held my mark.

Still smiling, his knuckle grew white as it tightened down on the Glock’s trigger, taking up the last half-ounce of slack as his eyes flickered his intent. Sarah moaned in fear.

And then everything stopped as my Browning roared, its round rocketing six feet across the room and straight into his open blue eye.

The bullet mushroomed as it hit, growing instantly from the size of a pea to the diameter of a gumdrop. That’s what hollow points do. As the round exited his head at that short distance the entire back of his skull vanished in a spray of pink and gray, his gun flying free and unfired from his limp hand as he slumped to the floor, deader than four o’clock.

And then Sarah started screaming again. 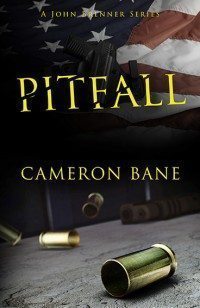 What Others Are Saying About PITFALL:

“Ooo . . . I just added a new name to my short list of ‘must-read’ authors: Cameron Bane. ‘Pitfall,’ his just-released thriller, is chock-full of the action, gunplay, and well-crafted storytelling I love. And the star of this page-turner—former Army Ranger John Brenner—well, let’s just say in terms of skill, wit, and ability to kick some serious butt, Jack Reacher better watch out! Not for the faint-hearted, but definitely for those whose hearts pump hot for shoot-‘em-up adventures like ‘Taken’ and ‘John Wick,’ make ‘Pitfall’ your next read. It’s that good.” —Robert Liparulo, bestselling author of “Comes a Horseman,” “Germ” and the Dreamhouse Kings series

Due to Sullivan’s extensive writing about Ted Bundy (which has produced six books), he’s become a sort of magnet over the years, drawing out many people who were part of the Bundy story, but have otherwise kept a low profile over the decades; and … END_OF_DOCUMENT_TOKEN_TO_BE_REPLACED

Volume One The Early Years In 1944 Brooklyn, newborn Michael J. Hardy is rejected by his mother so she can run with gangster Bugsy Siegel, Hardy’s godfather. Shirley Rook rose to the top of the criminal ranks. As the Queen of New York City … END_OF_DOCUMENT_TOKEN_TO_BE_REPLACED

This is the true story of Carmine Imbriale – a gambler, a brawler, a bandit, a bookie, an enforcer. For two decades, Imbriale was a street-level operative in one of the most violent crews in the Colombo Family, and he endeared himself to some of the … END_OF_DOCUMENT_TOKEN_TO_BE_REPLACED

Ten must track down and stop rogue scientists behind the development of criminal technology in THE HUMANZEEE EXPERIMENTS, the next installment of The 'Ten' Mystery Series! The International Security for Technological Innovations, a federal … END_OF_DOCUMENT_TOKEN_TO_BE_REPLACED

A 1986 family tragedy propels this gripping true crime debut as a mother searches for answers in the shocking murder of her husband—and conviction of her son. For years, Cherie struggles to overcome the consuming grief she suffers from the loss of … END_OF_DOCUMENT_TOKEN_TO_BE_REPLACED

It was a dreary winter afternoon in Ayer, Massachusetts, a quintessential New England town, the type which is romanticized in Robert Frost's poems. But on January 30, 1979, a woman’s scream was heard piercing the northeast tempest wind. In an … END_OF_DOCUMENT_TOKEN_TO_BE_REPLACED