Another great media review for REPEAT OFFENDER: Sin City’s Most Prolific Criminal and the Cop Who Caught Him, has just rolled in. Mark P. Sadler, the author of BLOOD ON HIS HANDS, had this to say writing for Suspense Magazine:

“There are some criminals out there that are habitual hard-core offenders. Nickell, a Las Vegas detective in the covert unit known as the Repeat Offender Program, or ROP, shares with us one such character, Daimon Monroe, who at the time of the trial documented in this true-crime story had forty-eight prior convictions. 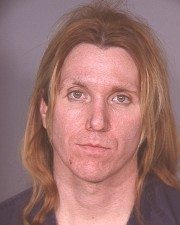 “Unfortunately for Monroe, the threats made to the lives of several witnesses, Chief Deputy District Attorney DiGiacomo, and Detective Nickell were all taken very seriously because they were all overheard via phone calls made from Monroe’s jail cell. Nickell spent hours listening to recorded calls, deciphering the codes used with the help of co-conspirators, including Monroe’s long-time girlfriend. They were even able to get a con to wire up and tape a murder-for-hire request. 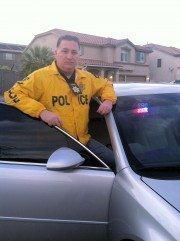 “Nickell weaves an interesting tale, as fascinating as any novel and jam-packed with detail. We get to witness the shenanigans of this master crook and how he works the system in an effort to finagle his way out of jail. Nickell gives us as much of a feel as to tease the taste buds without making it a how-to-stay-out-of-jail storyline. By the time they raid Monroe’s house he has amassed several million in stolen goods, much of it in storage sheds, too. Like most criminals he protests his innocence and blames the police, hence the death threats that finally helped put him away for life.

“It is still a good thing to read that there are people out there, in the form of police officers, who are still dedicated to protecting the people that are victimized by repeat offenders like Daimon Monroe, and that in a situation like this one, the system still works.”

Published by Suspense Publishing an imprint of Suspense Magazine

Due to Sullivan’s extensive writing about Ted Bundy (which has produced six books), he’s become a sort of magnet over the years, drawing out many people who were part of the Bundy story, but have otherwise kept a low profile over the decades; and … END_OF_DOCUMENT_TOKEN_TO_BE_REPLACED

Volume One The Early Years In 1944 Brooklyn, newborn Michael J. Hardy is rejected by his mother so she can run with gangster Bugsy Siegel, Hardy’s godfather. Shirley Rook rose to the top of the criminal ranks. As the Queen of New York City … END_OF_DOCUMENT_TOKEN_TO_BE_REPLACED

This is the true story of Carmine Imbriale – a gambler, a brawler, a bandit, a bookie, an enforcer. For two decades, Imbriale was a street-level operative in one of the most violent crews in the Colombo Family, and he endeared himself to some of the … END_OF_DOCUMENT_TOKEN_TO_BE_REPLACED

Ten must track down and stop rogue scientists behind the development of criminal technology in THE HUMANZEEE EXPERIMENTS, the next installment of The 'Ten' Mystery Series! The International Security for Technological Innovations, a federal … END_OF_DOCUMENT_TOKEN_TO_BE_REPLACED

It was a dreary winter afternoon in Ayer, Massachusetts, a quintessential New England town, the type which is romanticized in Robert Frost's poems. But on January 30, 1979, a woman’s scream was heard piercing the northeast tempest wind. In an … END_OF_DOCUMENT_TOKEN_TO_BE_REPLACED