Please vote on the cover for Edgar Award Winner Burl Barer’s updated edition of his August 2000 New York Times bestselling true crime classic, MURDER IN THE FAMILY, that you think works best for the synopsis below. 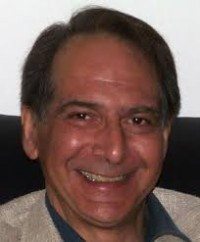 The synopsis:
On March 15th, 1987 police in Anchorage, Alaska arrived at a horrific scene of carnage. In a modest downtown apartment, they found Nancy Newman’s brutally beaten corpse sprawled across her bed. In another room were the bodies of her eight-year-old daughter, Melissa, and her three-year-old, Angie, whose throat was slit from ear to ear. Both Nancy and Melissa had been sexually assaulted. 23-year-old Kirby Anthoney was a troubled drifter who had turned to his uncle, John Newman, Nancy’s husband. But little did John know that the nephew he took in was a murderous sociopath capable of slaughtering his beloved. But while police built their cases, Kirby bolted for the Canadian border. First they hunted him down. Then, authorities began their long, bitter battle to convict him. But justice would not be done until Kirby Anthoney took the stand in his own defense – and showed the world the monster he truly was.

Some Cases You Solve. Some Cases You Survive. Naval Criminal Investigative Service Special Agent, Tyrone Benhoff is in purgatory. That’s what agents call it when they find themselves on the wrong side of command and are transferred to a place … END_OF_DOCUMENT_TOKEN_TO_BE_REPLACED

New from award-winning author Terry Persun! After the murder of his wife and unborn child, the only time freelance tech investigator Ten feels alive is when he cuts himself. For the last few years, he has taken freelance investigative jobs. Some of … END_OF_DOCUMENT_TOKEN_TO_BE_REPLACED

Coming January 29th to REELZChannel™! The DEADLY ASSOCIATES documentary! Step into Chicago during the 1960s and ‘70s, where mobsters influence everyone from strip-club owners to Teamsters, aldermen, judges, and local police. It is a world where … END_OF_DOCUMENT_TOKEN_TO_BE_REPLACED

"Lizzette Martinez’s story embodies the fire energy that gives light and life to survivors all around her! Survivors need to see strength and perseverance despite opposition, and Lizzette models just that." - Melissa Schuman, actress and singer In … END_OF_DOCUMENT_TOKEN_TO_BE_REPLACED

Soon To Be A Documentary Series! My name is Suzanne Buchanan. There is an active arrest warrant for me in Thailand for articles I published on "The Backpacker Murders" as the former owner and editor of the Samui Times. I am a British citizen and had … END_OF_DOCUMENT_TOKEN_TO_BE_REPLACED

In this true crime-flavored novel, Detective William Boyett is called out on Mardi Gras evening in Mobile, Alabama to investigate the discovery of a young woman’s body wrapped in a carpet in a vacant lot a few blocks from the parade route. Over … END_OF_DOCUMENT_TOKEN_TO_BE_REPLACED