I knew the stakes when I wrote KILLING WOMEN: The True Story of Serial Killer Don Miller’s Reign of Terror. I also know that absent a change in the law, serial killer Don Miller is going to be released from prison in 2031. How could that be? A convicted serial killer, now having been in prison for forty-plus years, released to an unsuspecting public? 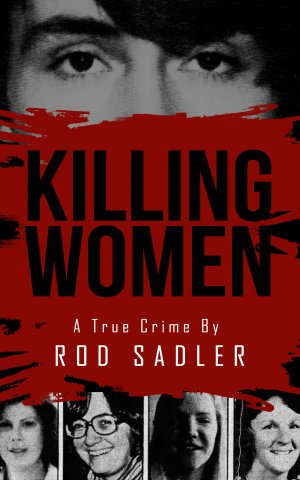 It’s important to understand that Michigan serial killer Don Miller is not in prison for murder. In fact, technically, he never was.

On January 1, 1977, Don Miller murdered his former fiancé, Martha Sue Young. The two had dated and became engaged, but Martha had her doubts about the criminal justice graduate from Michigan State University. She broke off the engagement shortly before New Year’s Eve, but the two agreed to remain friends. On December 31, 1976, Martha went to babysit at a friend’s home, and Don asked if he could come with her. After returning to Don’s parent’s home, the two watched a movie, and afterward, he left to take her home. She never arrived. East Lansing Police suspected Miller in the disappearance almost immediately, but other than a small blood spot in his car, they had nothing to prove he was responsible for her disappearance.

Eighteen months later, Marita Choquette, another East Lansing coed, came up missing from the MSU campus, and her body was found two weeks later in a wooded area. She’d been stabbed numerous times, and her body was hidden under concrete blocks.

On the same day that Marita Choquette’s body was found, a third MSU coed by the name of Wendy Bush was reported missing. Other than the fact that all three women were MSU coeds, police had nothing to tie any of the three disappearances together.

Six weeks after Wendy Bush’s disappearance, Kristine Stuart, a Lansing school teacher living in East Lansing, was reported missing by her husband. She’d been walking home near the MSU campus when she was last seen in the middle of the day.

Two days after Kristine Stuart’s disappearance, Martha Sue Young’s former fiancé broke into a home and raped a fourteen-year-old girl. As he was in the process of strangling her with her own belt, the belt snapped in two at the instant that her thirteen-year-old brother entered the home. Miller turned his attention to the boy, slitting his throat, then strangling him to the point of unconsciousness and finally stabbing him twice in the chest. As Miller was trying to murder the boy, his sister, still nude, escaped and ran into traffic to flag down help. That was Miller’s last day of freedom.

While Miller was awaiting trial for the rape and attempted murder of the teens, he was charged with second degree murder in only two of the disappearances. While police didn’t have the bodies, they felt they could still get convictions. 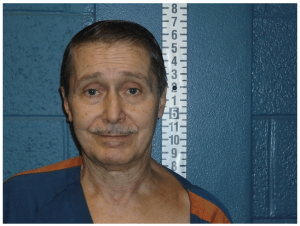 After Miller’s conviction in the rapes, he was immediately sentenced to prison, and shortly after his arrival, his attorney brokered a plea deal with the prosecuting attorney. Miller would be allowed to plead guilty for two reduced charges of manslaughter, and the second-degree murder charges would be dropped if, as part of the agreement, Miller would lead authorities to the remaining three missing women.

Prosecutors knew that under Michigan sentencing guidelines at the time, with Miller already serving twenty to thirty years for the rape and attempted murder of the teens, even if he were convicted for second degree murder, his sentences would be served concurrently, and therefore, he wouldn’t get any additional time.

Miller took the deal and led police to the remaining three victims.

In the late ‘90s, with Miller close to being released, he was convicted for possessing a garrote, or strangulation device, in his prison dorm, and he received an additional twenty to forty years in prison.

Technically, Don Miller has served his time for the manslaughter charges he pled to and the rape and attempted murder of the teens. He only remains in prison for possessing a weapon inside the prison. By 2031, he will have served his time and will be released.

While Miller will be in his mid-seventies when he’s freed, he’ll still be capable of murder, and he’s already shown his desire for teen girls. That’s concerning.

On April 12, 2021, Don Miller had a parole interview with the potential for release in the next month or two. The Michigan Parole Board received hundreds of letters opposing his early release, and we’re hopeful that the Parole Board will make the right decision. If he’s not released on parole, you can expect his release in 2031.

Should Don Miller be released from prison? A man who intentionally took the lives of four women, then raped a fourteen-year-old girl and attempted to murder her and her brother has no place in society, yet, I’ll mention again that absent a change in the law, he will be given his freedom.

In several states, there are laws that prevent the release of inmates who are deemed to still be a danger to society. Those processes involve court hearings, and then hospitalization and treatment until the inmate is deemed safe to return to society. Michigan attempted to pass such a law in the late ‘90s, but it was never passed.

In the epigraph to Killing Women, I quoted the Honorable Jeffrey Sauter. Mr. Sauter was part of a three-man prosecutorial team that convicted Miller for possessing a garrote in prison. At the time, Sauter was the prosecuting attorney for Eaton County, Michigan, which was where the two teens were attacked by Miller. Sauter, in addressing the jury before Miller’s sentencing, said, “His persona is a disguise…the same disguise that he used before, both to get closer to his victims, and to deny culpability. Miller’s crimes identify him as a human predator, and there is no reliable basis to conclude he has changed.” I believe that statement is still true.

Miller’s pending release has garnered much attention in recent months. The attention has come not only from the release of Killing Women, but also his parole interview and the possibility of being freed. Beyond that, production has wrapped on a documentary about Miller, and the hope is that it will be released on Netflix.

A second, even more encouraging development is that when one of the recent stories about Miller’s parole interview aired, a woman came forward after seeing Miller’s photos in the local media and she now alleges that Miller attacked her in 1978, but she was able to escape. If that allegation is true and law enforcement can prove it, it just might be the catalyst to keep a Michigan serial killer in prison for the rest of his life.

Get a copy of Rod Sadler's book, KILLING WOMEN: The True Story of Serial Killer Don Miller’s Reign of Terror.

Investigators and Central Florida residents were horrified when 16-year-old vampire cult leader Rod Ferrell was arrested and charged with bludgeoning a cult member's parents. When they realized the slain couple's 15-year-old daughter was missing, … END_OF_DOCUMENT_TOKEN_TO_BE_REPLACED

Born in 1960, Jesus Ruiz Henao grew up poor, but wanted to be rich like the drug dealers he saw growing up in the cocaine-producing region of Colombia’s Valle of the Cauca. To realize his ambition, Ruiz Henao moved to London, United Kingdom, in … END_OF_DOCUMENT_TOKEN_TO_BE_REPLACED

As the adopted son of two cult leaders, Benjamin Risha was raised to someday assume a place of leadership in the Tony and Susan Alamo Christian Foundation with the Bible, and his parents’ interpretation of it, as his guide. He believed the prophecies … END_OF_DOCUMENT_TOKEN_TO_BE_REPLACED

Includes Never Revealed Correspondence Between Denaro and Berkowitz! In 1976, a killer who called himself 'The Son of Sam' shot and killed a half dozen people and wounded as many more in New York City. During his crime spree, the madman left bizarre … END_OF_DOCUMENT_TOKEN_TO_BE_REPLACED

It was the midcentury murder that fascinated a nation and kept it glued for two years to radio, television and newspapers through three trials. Did the handsome, wealthy doctor and his beautiful young paramour plan to kill his glamorous socialite … END_OF_DOCUMENT_TOKEN_TO_BE_REPLACED

WHY DO SERIAL KILLERS KILL? OUT OF THE MOUTHS OF SERIAL KILLERS​ is as close as you will ever come to discovering the answer ... and in the killer’s own words! In this one-of-a-kind book, author Mary Brett corresponded with some of America’s … END_OF_DOCUMENT_TOKEN_TO_BE_REPLACED

Born in 1960, Jesus Ruiz Henao grew up poor, but wanted to be rich like the drug dealers he saw growing up in the cocaine-producing region of Colombia’s Valle of the Cauca. To realize his ambition, Ruiz Henao moved to London, United Kingdom, in … END_OF_DOCUMENT_TOKEN_TO_BE_REPLACED

As the adopted son of two cult leaders, Benjamin Risha was raised to someday assume a place of leadership in the Tony and Susan Alamo Christian Foundation with the Bible, and his parents’ interpretation of it, as his guide. He believed the prophecies … END_OF_DOCUMENT_TOKEN_TO_BE_REPLACED

Includes Never Revealed Correspondence Between Denaro and Berkowitz! In 1976, a killer who called himself 'The Son of Sam' shot and killed a half dozen people and wounded as many more in New York City. During his crime spree, the madman left bizarre … END_OF_DOCUMENT_TOKEN_TO_BE_REPLACED

Investigators and Central Florida residents were horrified when 16-year-old vampire cult leader Rod Ferrell was arrested and charged with bludgeoning a cult member's parents. When they realized the slain couple's 15-year-old daughter was missing, … END_OF_DOCUMENT_TOKEN_TO_BE_REPLACED