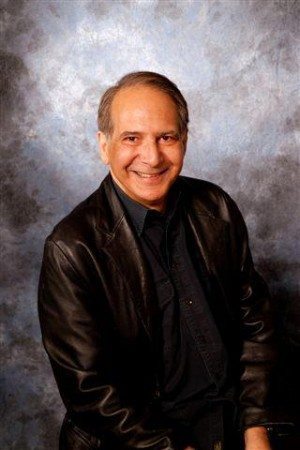 Q: How much of this story is true?

A : Good question. If it is a pack of lies, the lies are well packaged and expertly delivered. As an investigative journalist, I am trained to investigate. Am I always correct? Yes, eventually. I am perfectly willing to be corrected. Once corrected, I am always correct.

Fact checking much of the story wasn’t difficult as Lyle Workman, Special Agent of the United States Secret Service, trusted me with the Secret Service file on the investigation. Their resources for investigation are, of course, far superior to mine. My advantage was investigating the case AFTER their investigation – I could compare what they assumed, presumed and eventually believed with the statements and stories of Phil Champagne. They were in perfect harmony except where the Feds attributed more criminality and motivations to Phil than he intended.

Phil used the name Harold Richard Stegeman as his alias – nice name; poor choice. He was as surprised as I when I uncovered that a Senate Minority Leader in New Jersey faked his death in the Bahamas and took off to the Maldive Islands as Harold Richard Stegeman. I had a most wonderful conversation with the Federal Agent who flew there and brought the Senator back to stand trial.

Q: You said names have been changed. Have all the names been changed, or just some of them?

A: Oh, the only changed names are some of Phil’s aliases. Everyone in the book is real, to one extent or another.

Q: I don’t want to spoil anything, but what about … you know … that incredible scene in Raul’s kitchen when he’s gonna kill Phil. Is that part true?

A: I consulted at length with law enforcement in Boca Raton, Florida, and the Sheriff said to me “I wouldn’t doubt it for a minute. That stuff goes on all the time, and law enforcement would be the last to know.” So, as that aspect of the story, dramatic as hell, leads to what happens next, and what happens next is 100% verifiable from numerous sources, I’ll say that we might as well accept it.

Click this link to download the transcript of the Secret Service interview with Phil Champagne after his “resurrection.”

Due to Sullivan’s extensive writing about Ted Bundy (which has produced six books), he’s become a sort of magnet over the years, drawing out many people who were part of the Bundy story, but have otherwise kept a low profile over the decades; and … END_OF_DOCUMENT_TOKEN_TO_BE_REPLACED

Volume One The Early Years In 1944 Brooklyn, newborn Michael J. Hardy is rejected by his mother so she can run with gangster Bugsy Siegel, Hardy’s godfather. Shirley Rook rose to the top of the criminal ranks. As the Queen of New York City … END_OF_DOCUMENT_TOKEN_TO_BE_REPLACED

This is the true story of Carmine Imbriale – a gambler, a brawler, a bandit, a bookie, an enforcer. For two decades, Imbriale was a street-level operative in one of the most violent crews in the Colombo Family, and he endeared himself to some of the … END_OF_DOCUMENT_TOKEN_TO_BE_REPLACED

Ten must track down and stop rogue scientists behind the development of criminal technology in THE HUMANZEEE EXPERIMENTS, the next installment of The 'Ten' Mystery Series! The International Security for Technological Innovations, a federal … END_OF_DOCUMENT_TOKEN_TO_BE_REPLACED

It was a dreary winter afternoon in Ayer, Massachusetts, a quintessential New England town, the type which is romanticized in Robert Frost's poems. But on January 30, 1979, a woman’s scream was heard piercing the northeast tempest wind. In an … END_OF_DOCUMENT_TOKEN_TO_BE_REPLACED