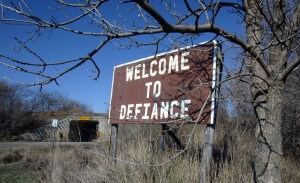 Small town newspapers know the pulse of their communities inside and out. Over in western #Iowa, The #Harlan Newspapers have a rich tradition for exhibiting excellence in small-town journalism.

The paper’s history dates back to 1870. The Harlan Newspapers are the fifth largest twice weekly newspaper in Iowa. Harlan’s journalists have won more than 250 state and national awards, as noted proudly on the newspaper’s website. Simply put, the Harlan Newspapers personify the very best in quality, community journalism. The editorial department is led by veteran managing editor Bob Bjoin.

True to form, The Harlan Newspapers published a wonderful news write-up about my new truecrime feature-length #book, DIXIE’S LAST STAND: Was It Murder Or Self-Defense? (Click here to read the articles)

The article informed readers how I wound up covering the gruesome and highly unusual murder case during my first day on the job at my former newspaper in Omaha, Nebraska way back in 2003. 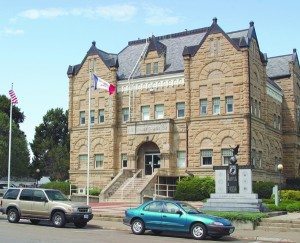 For me, it was extremely gratifying to see that Thursday’s front-page article in the Harlan Newspapers was highly complimentary to DIXIE’S LAST STAND. The newspaper’s readers were encouraged to buy the book on Kindle right away. They were also alerted that DIXIE will be released in paperback come April. (Read more about DIXIE’S LAST STAND here.)

The Harlan Newspapers informed local readers that my original purpose for writing this book was to compliment and draw attention to the excellent small-town police work, led by long-time Shelby County Sheriff Gene Cavenaugh and his long-time chief deputy Mark Hervey, who is now the sheriff.

For true-crime readers not necessarily familiar with the geography of Iowa, Harlan is a vibrant and successful small city of more than 5,000. It’s about 10 miles up the road from Interstate 80, between Des Moines, Iowa and Omaha, Nebraska.

Harlan also happens to be the county seat of Shelby County, a county of about 13,000 residents in mostly rural western Iowa. Since the Dixie Shanahan murder case transpired in the tiny town of Defiance, all of the court proceedings took place in downtown Harlan at the historic Shelby County Courthouse. As often happens in a small town, it seemed like most everybody around Harlan and Shelby County had interactions with either Dixie or Scott Shanahan.

Managing editor Bob Bjoin and other members of the staff dropped whatever news stories they were writing and tracked down critical photos to use to republish for DIXIE’S LAST STAND. Among the key examples, the photo of Sheriff Gene Cavenaugh and chief deputy Mark Hervey. I also republished the Harlan paper’s magnificent photo showing the exterior of the limestone courthouse where Dixie’s famous murder trial was held in downtown Harlan.

During the early morning hours of July 17, 1983, fatigue became a factor for the young couple from central Illinois who spent their day under the hot sun at Marriott’s Great America amusement park north of Chicago. On their drive home, the tired … END_OF_DOCUMENT_TOKEN_TO_BE_REPLACED

“Ferak chronicles the long and sordid history of the Manitowoc County Sheriff’s department and the reason Sweaty’s license was suspended. Framing Avery was just par for the course." -- Kathleen Zellner In 2016-17, while working for the USA TODAY … END_OF_DOCUMENT_TOKEN_TO_BE_REPLACED

'MAKING A MURDERER' TIMES SIX! If the dubious efforts of law enforcement that led to the case behind MAKING A MURDERER made you cringe, your skin will crawl at the injustice portrayed in FAILURE OF JUSTICE: A Brutal Murder, An Obsessed Cop, Six … END_OF_DOCUMENT_TOKEN_TO_BE_REPLACED

Tainted Evidence In The Murder of Jessica O'Grady? Jessica O’Grady was a tall, starry-eyed co-ed in search of finding her Mr. Right. Christopher Edwards was a 19-year-old deceitful and darkened soul. David Kofoed was a veteran crime lab … END_OF_DOCUMENT_TOKEN_TO_BE_REPLACED

A WildBlue Press True Crime By Award-Winning Journalist John Ferak Dixie Shanahan had a terribly troubled and abusive marriage in the sleepy little town of Defiance, Iowa. Then one summer day in 2002, Dixie's mean and wicked husband was gone. Some … END_OF_DOCUMENT_TOKEN_TO_BE_REPLACED

In 2018, WildBlue Press released 29 new titles! Among those titles, twenty-one were under the true crime genre, four were thrillers, two mysteries, and one business book as well as one fantasy book. From winning awards to being featured on … END_OF_DOCUMENT_TOKEN_TO_BE_REPLACED

John Ferak, author of WildBlue's hit true crime book FAILURE OF JUSTICE, was recently featured on the True Murder radio show with host Dan Zupansky to discuss his book. FAILURE OF JUSTICE details the case of the Beatrice Six, which is the largest … END_OF_DOCUMENT_TOKEN_TO_BE_REPLACED

Watch John Ferak's interview with Al Warren on The House of Mystery Radio Show. John discusses his new true crime book, FAILURE OF JUSTICE, which details the largest wrongful conviction case in U.S. history! Get your copy of FAILURE OF JUSTICE … END_OF_DOCUMENT_TOKEN_TO_BE_REPLACED

John Ferak is an award-winning investigative journalist and true crime author. His latest true crime book, FAILURE OF JUSTICE, details the largest wrongful conviction case in the United States to date. John was on The House of Mystery Radio Show with … END_OF_DOCUMENT_TOKEN_TO_BE_REPLACED

John Ferak was on Darkness Radio with host Dave Schrader on Tuesday, May 24th, from 10-11pm Central Time. John will be discussed his new true crime book, FAILURE OF JUSTICE: A Brutal Murder, An Obsessed Cop, Six Wrongful Convictions, as well as his … END_OF_DOCUMENT_TOKEN_TO_BE_REPLACED

Due to Sullivan’s extensive writing about Ted Bundy (which has produced six books), he’s become a sort of magnet over the years, drawing out many people who were part of the Bundy story, but have otherwise kept a low profile over the decades; and … END_OF_DOCUMENT_TOKEN_TO_BE_REPLACED

Volume One The Early Years In 1944 Brooklyn, newborn Michael J. Hardy is rejected by his mother so she can run with gangster Bugsy Siegel, Hardy’s godfather. Shirley Rook rose to the top of the criminal ranks. As the Queen of New York City … END_OF_DOCUMENT_TOKEN_TO_BE_REPLACED

This is the true story of Carmine Imbriale – a gambler, a brawler, a bandit, a bookie, an enforcer. For two decades, Imbriale was a street-level operative in one of the most violent crews in the Colombo Family, and he endeared himself to some of the … END_OF_DOCUMENT_TOKEN_TO_BE_REPLACED

Ten must track down and stop rogue scientists behind the development of criminal technology in THE HUMANZEEE EXPERIMENTS, the next installment of The 'Ten' Mystery Series! The International Security for Technological Innovations, a federal … END_OF_DOCUMENT_TOKEN_TO_BE_REPLACED

A 1986 family tragedy propels this gripping true crime debut as a mother searches for answers in the shocking murder of her husband—and conviction of her son. For years, Cherie struggles to overcome the consuming grief she suffers from the loss of … END_OF_DOCUMENT_TOKEN_TO_BE_REPLACED

It was a dreary winter afternoon in Ayer, Massachusetts, a quintessential New England town, the type which is romanticized in Robert Frost's poems. But on January 30, 1979, a woman’s scream was heard piercing the northeast tempest wind. In an … END_OF_DOCUMENT_TOKEN_TO_BE_REPLACED