For a limited time, get Monte Francis’s true crime book, ICE AND BONE: Tracking an Alaskan Serial Killer, for only 99cents beginning Friday, August 19th! But hurry, the price will gradually increase after each day of the countdown. ICE AND BONE is the chilling true account of a killer that is set loose to kill again when the prosecution fails to stop him. Get your copy here!

Acclaim for Monte Francis and ICE AND BONE:

“A chilling chronicle of victims brutally murdered by a cold, merciless killer, against a backdrop equally as unforgiving – the Last Frontier. Through meticulous reporting, Francis uncovers the shocking truth about how the Alaskan justice system failed and allowed a warped predator to strike again.”—Henry K. Lee, author of Presumed Dead: A True-Life Murder Mystery 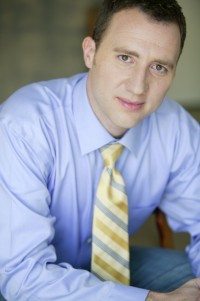 “I can honestly say that this is one of the best TC books that I have ever read. Author Monte Francis obviously researched this book very extensively and it was very well written, complete with footnotes. Murderer Joshua Wade obviously had mental problems from the time he was a young child and it is so sad that he did not get continued mental health care after his institutional stays. I highly recommend this page turner.” – Lee Husemann for Amazon on April 20th, 2016

“A serial killer, evil or both. You will have to read the book to find out and draw your own conclusions. You will not be disappointed in the story about the killings in Alaska. Monte Francis really did his homework. I found myself locking my doors while reading this book on a Saturday afternoon. The killings were very scary. I enjoyed the book. I highly recommend for the true crime aficionados.” – Kim Ristoff for Amazon on April 19th, 2016

Here is an audio clip I obtained from the F.B.I. of an interview with Joshua Wade shortly after his arrest in connection with Mindy Schloss’s disappearance. The interview appears in Chapter 40 of ICE

Monte Francis's ICE AND BONE: Tracking an Alaskan Serial Killer was featured in a book review by the Anchorage Press, titled "In the Wake of A Killer." This review recaps and praises Monte's work on the killer that was set loose to kill again when … END_OF_DOCUMENT_TOKEN_TO_BE_REPLACED

Award-winning journalist Monte Francis will be on Darkness Radio on July 19th, at 8pm PST, to discuss his new true crime book, ICE AND BONE: Tracking an Alaskan Serial Killer. ICE AND BONE is the chilling true account of how a demented murderer … END_OF_DOCUMENT_TOKEN_TO_BE_REPLACED

Award-winning journalist Monte Francis was on Crime Beat Radio with host Ron Chepesiuk, on Thursday, July 14th, at 8pm ET. Monte discussed his new true crime book, ICE AND BONE: Tracking an Alaskan Serial Killer, which is the story of a killer that … END_OF_DOCUMENT_TOKEN_TO_BE_REPLACED

Monte Francis has recently had multiple media appearances to discuss his new true crime book, which was released by WildBlue Press on April 19th and has been receiving excellent reviews since. ICE AND BONE is the chilling true account of how a … END_OF_DOCUMENT_TOKEN_TO_BE_REPLACED

Due to Sullivan’s extensive writing about Ted Bundy (which has produced six books), he’s become a sort of magnet over the years, drawing out many people who were part of the Bundy story, but have otherwise kept a low profile over the decades; and … END_OF_DOCUMENT_TOKEN_TO_BE_REPLACED

Volume One The Early Years In 1944 Brooklyn, newborn Michael J. Hardy is rejected by his mother so she can run with gangster Bugsy Siegel, Hardy’s godfather. Shirley Rook rose to the top of the criminal ranks. As the Queen of New York City … END_OF_DOCUMENT_TOKEN_TO_BE_REPLACED

This is the true story of Carmine Imbriale – a gambler, a brawler, a bandit, a bookie, an enforcer. For two decades, Imbriale was a street-level operative in one of the most violent crews in the Colombo Family, and he endeared himself to some of the … END_OF_DOCUMENT_TOKEN_TO_BE_REPLACED

Ten must track down and stop rogue scientists behind the development of criminal technology in THE HUMANZEEE EXPERIMENTS, the next installment of The 'Ten' Mystery Series! The International Security for Technological Innovations, a federal … END_OF_DOCUMENT_TOKEN_TO_BE_REPLACED

It was a dreary winter afternoon in Ayer, Massachusetts, a quintessential New England town, the type which is romanticized in Robert Frost's poems. But on January 30, 1979, a woman’s scream was heard piercing the northeast tempest wind. In an … END_OF_DOCUMENT_TOKEN_TO_BE_REPLACED