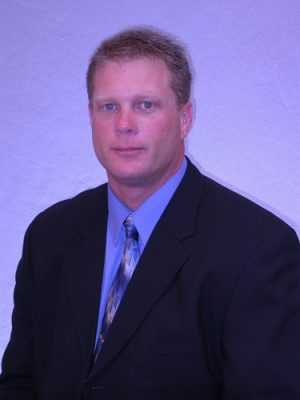 In 2007 I was promoted to Lieutenant of Investigations at the Beatrice Police Department. I was briefed about the appeal process that was already in motion involving Joseph White. I was thinking “what a waste of the courts time.”

When the DNA results came back I was surprised to say the least.

The Helen Wilson task force was formed, and I was given the opportunity to be in charge of it and handing out assignments. I was thinking “how are we going to re-convict these people?” 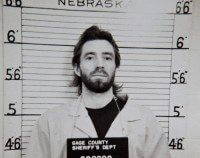 Joseph White was arrested in 1989 for the 1985 rape and murder of Helen Wilson, age 68, of Nebraska. White was taken into custody in Alabama insisting he was innocent.

We decided the best way to re-investigate this rape/murder was to work it like it had just happened. I began by watching the first interview of Thomas Winslow, one of the convicted murderers. As I watched I was struck by the fact that what he was saying didn’t match the crime scene at all. Then the recording would stop and when it came back on, the story would change. It’s fair to say that I was a little concerned. Then I watched the second interview when Winslow was saying that he wasn’t involved. This was, without a doubt, a more believable interview. 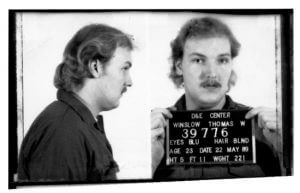 It wasn’t just Winslow, it was all of them except White. Co-defendant JoAnn Taylor described the crime scene as a single story wood house with a porch. That’s a far cry from a large brick apartment building. I remember walking to find Investigator Tina Vath and saying “we have a problem.”

Investigator Vath was going over the crime scene photos and setting up our “war room.” She was thinking the same thing.

Getting back to what I have learned, I have now witnessed how easily one false confession can start a string of events that sent six innocent people to prison. I learned that an admission alone is not in and of itself proof that somebody is guilty of a crime. Probably the most important lesson I learned is to not try to make my theory fit the crime, let the evidence give me the theory and if the confession doesn’t fit the evidence then more than likely it’s a false confession. 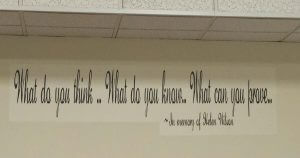 The saying on my office wall “What do you think…..What do you know…..What can you prove…..” sums it up best.

If we allow the evidence to be our guide and keep an open mind, the evidence will lead us to the guilty. The Beatrice Police Department had the man responsible in their grasps in 1985 by following those guidelines but unfortunately for everybody involved and as fate would have it, a mistake with the blood serology test started us down this path. 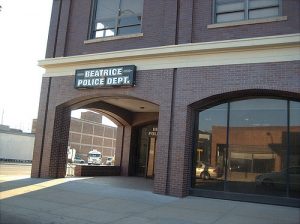 Find out more about FAILURE OF JUSTICE here.

It's always a good day for free audiobooks! That's right! Free audiobooks! Just a gift from us to you, our readers.   Browse by genre and select the cover to get more information and your … END_OF_DOCUMENT_TOKEN_TO_BE_REPLACED

We know how hard 2020 has been. To help you end the year on a better note, we wanted to give you the gift of free audiobooks! Hence, the Holiday 2020 Audiobook Giveaway! You're probably thinking of … END_OF_DOCUMENT_TOKEN_TO_BE_REPLACED

Investigative journalist and WildBlue Press author John Ferak has done extensive work on the Steven Avery Case, which has been detailed on the Netflix original "Making a Murderer." Check out John's … END_OF_DOCUMENT_TOKEN_TO_BE_REPLACED

Since embarking on this wrongful conviction book project in January of 2014, A FAILURE OF JUSTICE underwent multiple revisions. One of my early drafts contained a curious older gentleman named Earl. … END_OF_DOCUMENT_TOKEN_TO_BE_REPLACED

Due to Sullivan’s extensive writing about Ted Bundy (which has produced six books), he’s become a sort of magnet over the years, drawing out many people who were part of the Bundy story, but have otherwise kept a low profile over the decades; and … END_OF_DOCUMENT_TOKEN_TO_BE_REPLACED

Volume One The Early Years In 1944 Brooklyn, newborn Michael J. Hardy is rejected by his mother so she can run with gangster Bugsy Siegel, Hardy’s godfather. Shirley Rook rose to the top of the criminal ranks. As the Queen of New York City … END_OF_DOCUMENT_TOKEN_TO_BE_REPLACED

This is the true story of Carmine Imbriale – a gambler, a brawler, a bandit, a bookie, an enforcer. For two decades, Imbriale was a street-level operative in one of the most violent crews in the Colombo Family, and he endeared himself to some of the … END_OF_DOCUMENT_TOKEN_TO_BE_REPLACED

Ten must track down and stop rogue scientists behind the development of criminal technology in THE HUMANZEEE EXPERIMENTS, the next installment of The 'Ten' Mystery Series! The International Security for Technological Innovations, a federal … END_OF_DOCUMENT_TOKEN_TO_BE_REPLACED

It was a dreary winter afternoon in Ayer, Massachusetts, a quintessential New England town, the type which is romanticized in Robert Frost's poems. But on January 30, 1979, a woman’s scream was heard piercing the northeast tempest wind. In an … END_OF_DOCUMENT_TOKEN_TO_BE_REPLACED