John Ferak’s new true crime book, FAILURE OF JUSTICE: A Brutal Murder, An Obsessed Cop, Six Wrongful Convictions, details the largest wrongful conviction case in U.S. history. It is the story of the Beatrice 6 who were wrongfully accused of the brutal, ritualistic rape and murder of an elderly widow in Beatrice, Nebraska, and then railroaded by law enforcement into prison for a crime they did not commit. Watch some of the interrogations and false confessions of the Beatrice 6 below and get your copy of FAILURE OF JUSTICE here!

1. After already being arrested in the killing of Helen Wilson more than four years after the crime, JoAnn Taylor gives a false confession in Asheville, North Carolina, implicating herself and her former friend Joseph White. The interview is conducted by Beatrice Police Nebraska Police Detective Sam Stevens and Gage County Sheriff’s Deputy Burt Searcey
https://youtu.be/xbHX-dOzVSQ

2. Tom Winslow finds himself under unbelievable pressure from Gage County Deputy Burt Searcey who wants Winslow to implicate his friends JoAnn Taylor and Joseph White as coconspirators in the killing of an elderly widow from Beatrice, Nebraska, Helen Wilson
https://youtu.be/0EndgX91Xd0 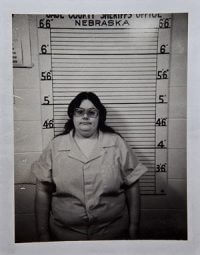 3. A mentally disabled woman, Debbie Shelden, implicates herself in the brutal murder of her own great aunt, Helen Wilson. During this interview with Deputy Burt Searcey, she claims the crime was an actually a robbery gone haywire. She implicates herself as one of five people involved in the rape and murder. She also claims that another co-conspirator named James Dean was also there beside herself, Joseph White, Tom Winslow and JoAnn Taylor. “I was blocking it I guess.”
https://youtu.be/8OrKH1CugAY
YouTube Credit: Lincoln Journal Star

It's the holidays again! You're probably searching for and picking out the perfect present for everyone on your list. Consider this your reminder to treat yourself to something nice this holiday … END_OF_DOCUMENT_TOKEN_TO_BE_REPLACED

It's always a good day for free audiobooks! That's right! Free audiobooks! Just a gift from us to you, our readers.   Browse by genre and select the cover to get more information and your … END_OF_DOCUMENT_TOKEN_TO_BE_REPLACED

We know how hard 2020 has been. To help you end the year on a better note, we wanted to give you the gift of free audiobooks! Hence, the Holiday 2020 Audiobook Giveaway! You're probably thinking of … END_OF_DOCUMENT_TOKEN_TO_BE_REPLACED

Investigative journalist and WildBlue Press author John Ferak has done extensive work on the Steven Avery Case, which has been detailed on the Netflix original "Making a Murderer." Check out John's … END_OF_DOCUMENT_TOKEN_TO_BE_REPLACED

Some Cases You Solve. Some Cases You Survive. Naval Criminal Investigative Service Special Agent, Tyrone Benhoff is in purgatory. That’s what agents call it when they find themselves on the wrong side of command and are transferred to a place … END_OF_DOCUMENT_TOKEN_TO_BE_REPLACED

New from award-winning author Terry Persun! After the murder of his wife and unborn child, the only time freelance tech investigator Ten feels alive is when he cuts himself. For the last few years, he has taken freelance investigative jobs. Some of … END_OF_DOCUMENT_TOKEN_TO_BE_REPLACED

Coming January 29th to REELZChannel™! The DEADLY ASSOCIATES documentary! Step into Chicago during the 1960s and ‘70s, where mobsters influence everyone from strip-club owners to Teamsters, aldermen, judges, and local police. It is a world where … END_OF_DOCUMENT_TOKEN_TO_BE_REPLACED

"Lizzette Martinez’s story embodies the fire energy that gives light and life to survivors all around her! Survivors need to see strength and perseverance despite opposition, and Lizzette models just that." - Melissa Schuman, actress and singer In … END_OF_DOCUMENT_TOKEN_TO_BE_REPLACED

Soon To Be A Documentary Series! My name is Suzanne Buchanan. There is an active arrest warrant for me in Thailand for articles I published on "The Backpacker Murders" as the former owner and editor of the Samui Times. I am a British citizen and had … END_OF_DOCUMENT_TOKEN_TO_BE_REPLACED

In this true crime-flavored novel, Detective William Boyett is called out on Mardi Gras evening in Mobile, Alabama to investigate the discovery of a young woman’s body wrapped in a carpet in a vacant lot a few blocks from the parade route. Over … END_OF_DOCUMENT_TOKEN_TO_BE_REPLACED